Behind the scenes of Heartbeats 4 Sneakers. 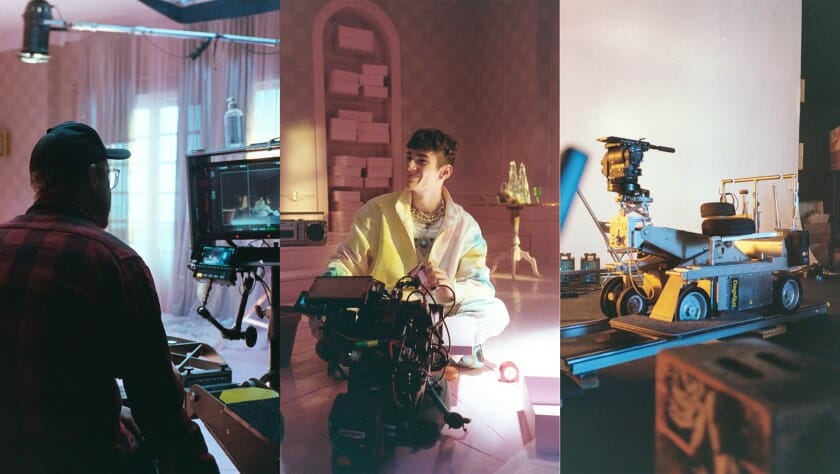 This week, Klarna launched our latest campaign: Heartbeats 4 Sneakers; developed especially for those who truly love their shoes.

Helping to build out this multi-channel campaign, we had four Klarnauts and stellar crew on set for three days in Stockholm, Sweden. They created four short films and a bunch of smoooth still images to celebrate the sneaker love – and we can’t get enough of them!

How does one shoot a brand campaign in the midst of a global pandemic we hear you ask? Well, let’s take a look behind the scenes . . .

With the current travel restrictions and safety measures in place across the globe, conducting a fully-fledged brand campaign was never going to be easy – particularly with such a tight schedule! But the teams (and Google Hangouts) made it work:

“We were running everything in parallel,” says Mikael Vig Mangell, Klarna Marketing Manager and project lead on Heartbeats 4 Sneakers. “Editing was happening live as we were shooting, and we were making a lot of quick decisions as we worked. Luckily, we’re a tight team and we trust each other a lot, which is always key to creative success.”

“As always in film it’s often the people you collaborate with that make it memorable,” says Simon Jung Krestesesn, director on the shoot. “The super tight teamwork with creative Jesper Hellzen, and bringing in big names like Lasse Frank as Director of Photography was a blessing too.” 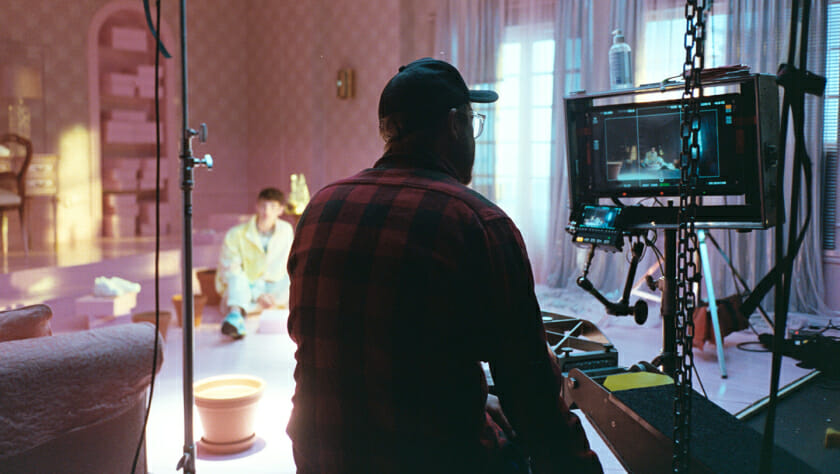 That’s right! In the directors’ chair we had the incredible Simon Jung Krestesen. Of the collaboration, he says: “I have always been an ‘all in’ kind of person who totally dedicates myself to whatever it is that I’m doing. It is very rare to get to work with a client such as Klarna who not only has a very pleasing aesthetic, but is also willing to commit to an idea or concept and have the courage to run with it all the way too.”

Joining us as Director of Photography, we were honoured to have the one and only Lasse Frank Johannessen on board – flown in on a special travel permit from Denmark. Known for his amazing work on films like Tolkien (2019) and The Shamer’s Daughter (2015), and music videos for the likes of The Weeknd, Bjork and Temper Trap, we couldn’t wait to see his creativity in action.

And for the still images, we were delighted to be working with a true Klarna favourite when it comes to brand photography: Gustav Almestål.

“It’s so important to have a photographer on board who knows the brand, and that’s Gustav,” says Mikael. “He’s worked with Klarna on many of our shoots before and understands the specific, unique aesthetic that we like to create. He knows us by heart and is a real hero on set!”

From the very beginning, we knew we wanted to create a fusion between the quirky world of Klarna and the stylish world of sneakers. The creatives we had on board truly helped us make this a reality.

“My approach is always to listen to everybody and to gather a strong team where everyone can bring their expertise to table, creating something as a team,” says Simon, Director. “Merging the Klarna universe with a Highsnobiety Sneaker aesthetics was the objective and I personally think we really managed to create something of a vibrating energy that both links the two worlds and, perhaps more importantly, stands out from the other Klarna commercials and how the coolness of sneakers is portrayed.”

In front of the camera, we had the wonderful Raphael from France. He had the perfect look for the campaign – although, believe it or not, he had his real braces taken off the day before the shoot! The ones you see in the films and photos are actually a fake set! 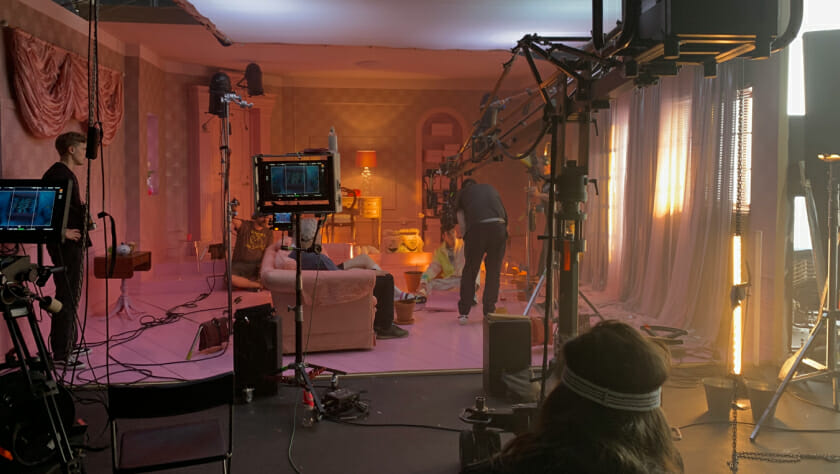 When the cameras started rolling, our Klarnauts and a few members of the team tucked themselves away to supervise the shoot from a safe distance (via monitors). And from there, the magic unfolded . . .

“I’ve really enjoyed the process of this production, especially the weird way of working on things from a distance,” says Simon. “Like cooking dinner and at the same time giving feedback live on the 3D VFX artist building a pounding x-ray sneaker heart!” 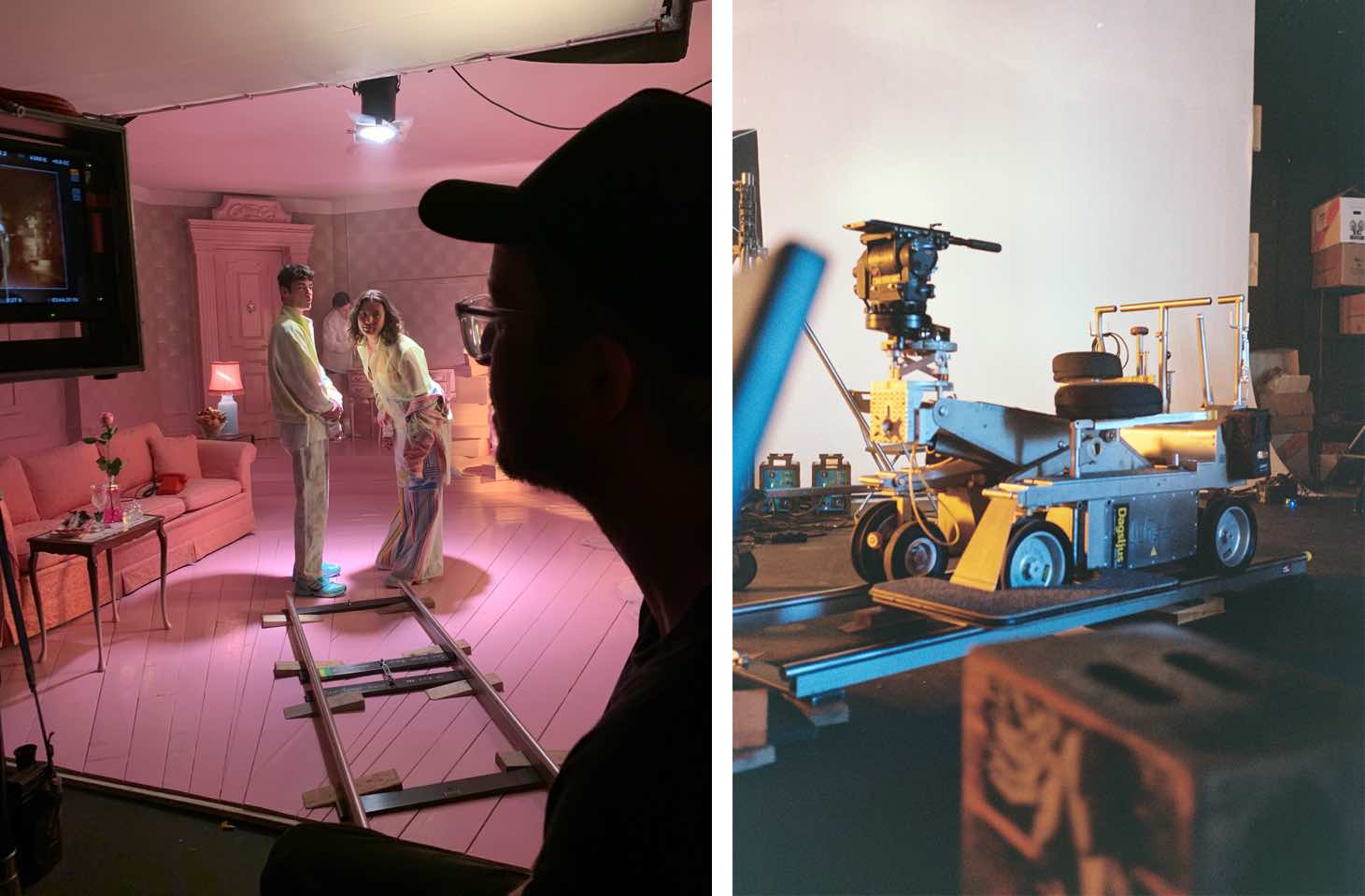 The pulsing ‘heartbeat’ effect of the shot is a super unique feature of the kit we used – there are only two cameras in the world that do this! 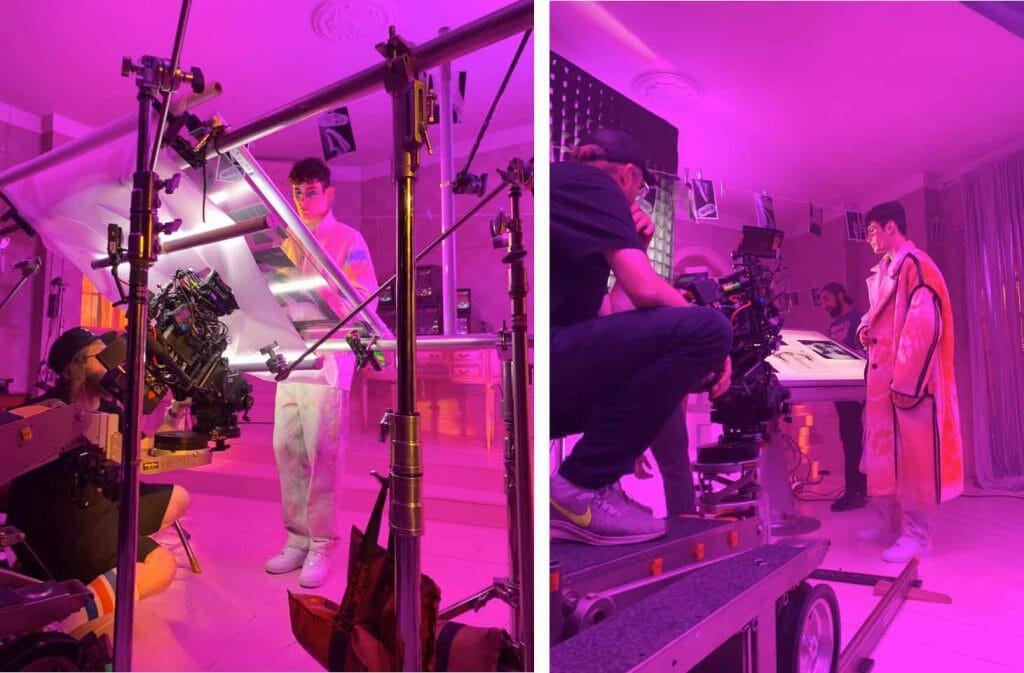 Things got a little emotional on set as everything started to fall so perfectly in place!

“Klarna has a lot of creative ambition. We don’t just say we want to do something, we actually do it,” says Mikael. “On this project, we’re speaking to a community with very high aesthetic standards so it’s more important than ever to get it right and to make sure the story we tell resonates with the community. The response so far from sneakerheads and retailers has been super positive.”

And that’s a wrap!

Does your heart beat for sneakers? Click here to enter our smoooth sneaker raffle and get in with the chance to win a pair of the most hyped sneakers from the last decade.

Klarna partners with the McGrath Foundation

How to use a one-time card.