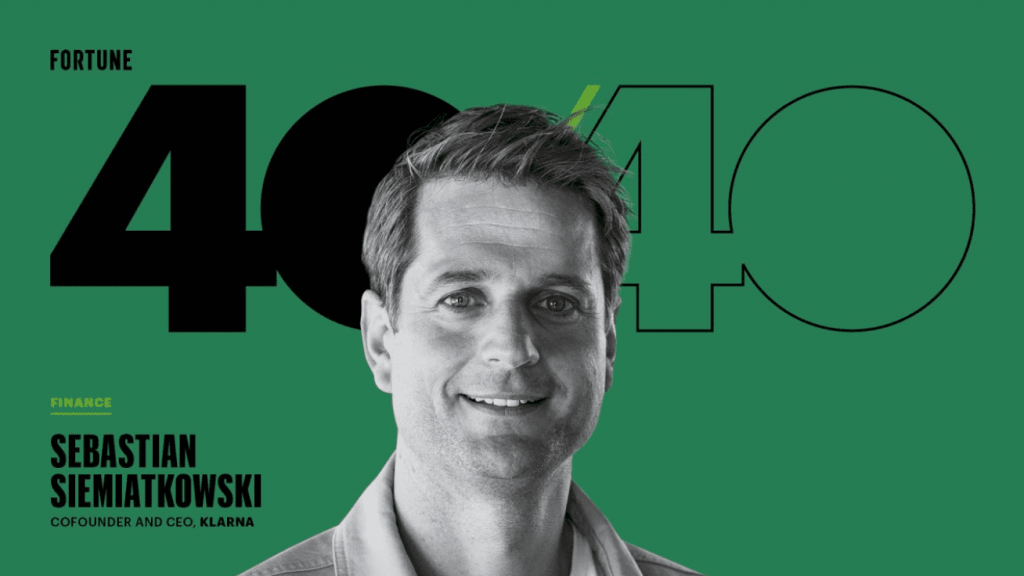 “The man behind the ‘Buy Now, Pay Later’ shopping revolution.”

Fortune has published this year’s 40 under 40 list and we’re thrilled to announce that Klarna’s CEO Sebastian Siemiatkowski has made it to the list, highlighting 40 of the most influential individuals in each of five industries. Read their motivation below;

‘Siemiatkowski was one of the first to recognize the growing appeal of services that let consumers make installment payments for things they buy online. He founded one such service, Klarna, in his native Sweden in 2005 and has become a leader in this niche of the financial industry—so much so that Elle described him as “the man behind the ‘Buy Now, Pay Later’ shopping revolution.” Another publication called Siemiatkowski’s company a “cool lender” wildly popular with Gen Z. Siemiatkowski’s star is likely to rise higher still as the pandemic accelerates the demand for online shopping services. Klarna raised $460 million in late 2019, and its founder recently predicted COVID will “permanently change the way we shop.”’

We’re incredibly proud to have such an influential CEO to guide us and challenge us in our work every day. This is a great recognition that shows the incredible value Klarna has created for millions of consumers and more than 200,000 of retailers around the world.

Calling on Hessen’s local talent to join our momentum now.