Klarna, a leading global payments and shopping provider, has today announced its latest figures showing sustained growth both in the UK and globally. The year on year global volumes and revenue increased by 32% and 31% respectively while the volume processed now amounts to over USD 35 billion.

Since launch, over 7 million customers have now used Klarna in the UK, an increase of 2x compared to last year. Over the past 12 months, a new Klarna order was made every 1.3 seconds and over 1.6 million UK customers have downloaded the Klarna app to date. In the last 6 months of 2019, an average of over 88,000 new UK customers a week chose Klarna’s Pay later services at checkout.

Klarna is Europe’s most valuable private fintech company, valued at USD 5.5 billion in 2019. This valuation ranks it among the world’s top privately held fintech unicorns. Globally, Klarna partners with over 200,000 merchants, adding 75,000 during 2019, and has been used by over 85 million customers and processes over 1 million transactions a day on the platform. More than 11 million customers use the Klara app on a monthly basis globally, with an average of 37,000 new app downloads every day.

Klarna is now live across 17 markets, having most recently launched in Australia. Klarna employs over 2,700 people worldwide, 120 of whom are based in the UK spread across its two offices, London and Manchester.

Commenting on the figures, Luke Griffiths, General Manager at Klarna UK, said: “These landmark numbers are testament to the enduring growth we have achieved, by offering customers newfound financial flexibility, enabling shoppers to get what they love, as well as remaining dedicated to our merchant partners across the country.

“The UK statistics are reflective of our global growth story, as we continue to pursue our mission to make shopping simple, safe and smoooth, for both consumers and retailers.”

About Klarna
Klarna, the leading global disruptor of payments and banking, and provider of smoooth retail services, was founded in Sweden in 2005. Klarna currently holds a post money valuation of $5.5 billion, which ranks Klarna as the largest private fintech in Europe and one of the largest private fintechs globally. Klarna provides merchants with a flexible range of preferred payment alternatives that enable consumers to easily and securely pay when and how they want everywhere — online and in-store.

Over 200,000 merchants, including ASOS, Peloton, Swoon, Michael Kors, Superdry, Gymshark, Samsung, Topshop, Oliver Bonas and many more have enabled Klarna’s innovative shopping experience, that stretches beyond the actual transaction and also allows consumers to take control over their personal finances. Klarna has 2,700 employees and is active in 17 countries. 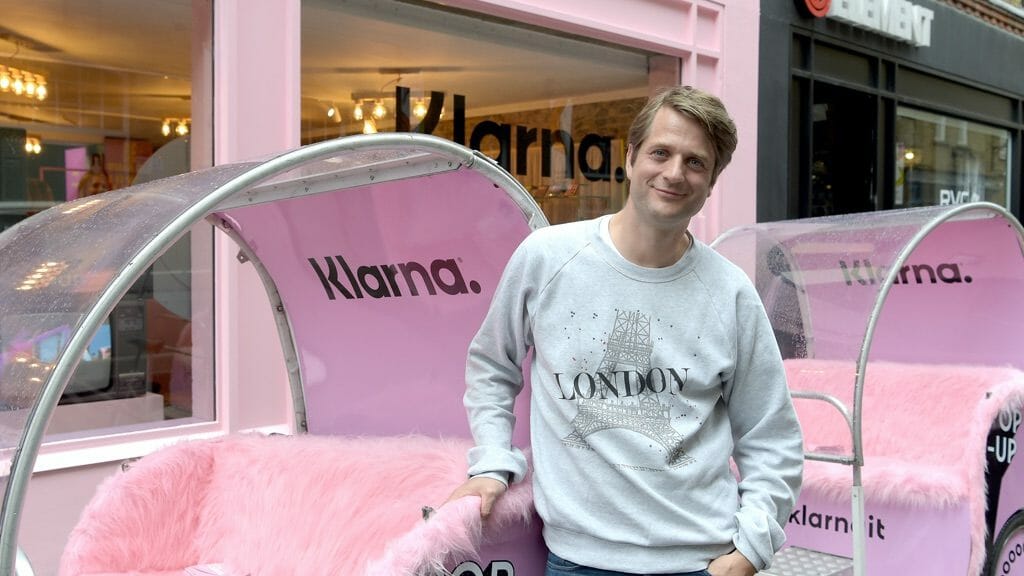