“E-commerce has only scratched the surface of what’s possible” 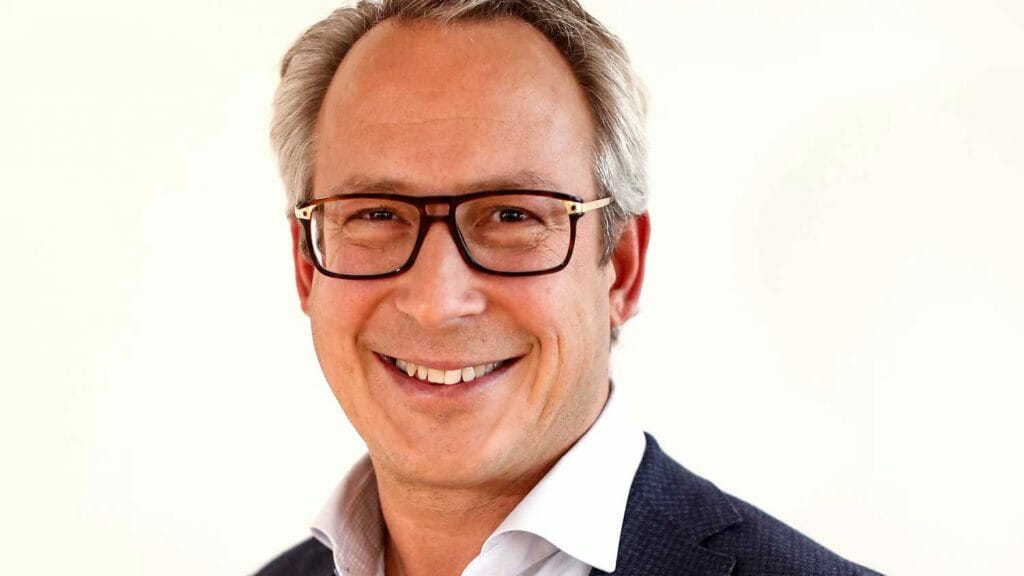 20 years after raising more than 100 million euros in venture capital for Boo.com, the online fashion retailer he co-founded, Patrik Hedelin is still in the business. But now as an investor. Here, he shares the biggest dos and don’ts for entrepreneurs who dream of becoming the next digital superstar.

In 1998, when Patrik Hedelin co-founded the Swedish online fashion retailer Boo.com, the Internet was exploding in popularity while online ventures vowed to disrupt the old ways of doing business, cheered on by an exuberant stock market.

Boo.com had spectacularly bold ambitions, aiming to launch in 18 countries at once and reinvent the way to shop for clothes at a point in time when low-bandwidth, dial-up modems were still the standard. But the market wasn’t ready yet.

Before going belly up in May 2000, boo.com raised over 100 million euros in venture capital from various investors such as LVMH, Benetton, Bain Capital and Goldman Sachs, an astonishing amount for a European company at the time.

18 years have passed since the dot-com bubble burst, but much of what Boo.com envisioned has since come to pass. E-commerce in general has grown tremendously and online fashion retailers are putting a dent into the profits of brick-and-mortar retailers.

Meanwhile, Patrik Hedelin has gone from entrepreneur to investor. His keen interest in the industry remains.

In 2010, he co-founded the venture capital firm eEquity, specializing in finding online retailers with high potential to grow fast.
“E-commerce offers unique opportunities to build new business models that can scale a lot faster than what is possible in the old economy,” he says when we meet at his office in central Stockholm.

“But many entrepreneurs think they can do everything by themselves and underestimate the importance of having a complete management team in order to build a global and fast-growing company.”

To date, eEquity has had five exits and is, according to media reports, in the midst of raising a fourth fund that would more than double their current 130 million euros under management.

When you started boo.com, e-commerce was still in its very early stages. Since then, large online retailers have sprung up in ever more niches. Are there any left for aspiring entrepreneurs to fill?
“Absolutely. I think e-commerce has so far only scratched the surface of what is possible. There are still many white spots, and with social media enabling discovery, you can create new desires and new niches.”

But starting a webshop in 2018 and focusing on products such as books, ink cartridges or contact lenses, might not be the best idea according to Patrik Hedelin, since they already have a high online penetration, low margins and require a lot of marketing.
“Basically everything else is still fully viable,” he says.

eEquity’s 17 portfolio companies are spread over three funds, each with their distinct flavor corresponding to when they were raised.

Take for example the third fund, which at the end of 2017 had an internal return rate of more than 30 percent. Among its investments are NA-KD, a fashion retailer, the Ideal of Sweden, a seller of fashion mobile accessories and Twistshake, specializing in baby products.

Though selling essentially different products, the companies in the third fund have common threads reflecting the current trends in e-commerce:

But nothing lasts forever and new trends will emerge in the future, he notes:
”Influencer marketing is all the rage today, but it won’t be there in three to four years. To stay on top, we need to be early responders to new trends and translate them into a working strategy.”

Finding the right people to invest in is not an easy feat.
“After spending 20 minutes with entrepreneurs presenting their business idea, I often still have no idea of what they are doing. There is a notion that being an entrepreneur and raising capital is wonderful, but it isn’t easy. It’s a lifestyle and takes a lot of hard work,” Patrik Hedelin explains.

With one of their portfolio companies, eEquity even share office spaces. Right outside the glass encrusted conference room where this interview is being held, Ideal of Sweden’s team of 20- and 30-somethings are busy at work. 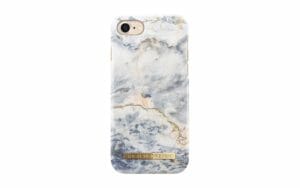 When eEquity invested 18 months ago, Ideal of Sweden sold their mobile cases mostly through mobile operators’ stores and had quite recently started selling online.
“They had a skilled team and were really great at influencer marketing but their IT-systems weren’t scalable enough. So we convinced them to implement a brand new set of platforms and revise their online marketing, thus doubling the efficiency of their paid marketing,” Patrik Hedelin says.

In return, Ideal of Sweden’s skills in influencer marketing has been passed on to the rest of eEquity’s portfolio. Together, the companies form something of a puzzle with different strengths and weaknesses interacting with each other.
”Everyone benefits by sharing information. We are not only looking for attractive return rates when we invest. Ideally, they should have a unique skill too, that our other companies lack,” he contends.

There are plenty of opportunities for the current crop of medium-sized online retailers to grow in step with their markets expanding, in Patrik Hedelin’s view.
“Look at shoes. In the Nordics, the online penetration is only 7 percent compared to 30 percent in Great Britain. The likelihood that the Nordics will catch up is incredibly high”, he says.

And when it does, Patrik Hedelin hopes that one of his portfolio companies, online shoe retailer Footway, will reap the rewards.
”They grow fast and make more money with fewer employees because of automation, while brick-and-mortar shoe stores see their sales per square meters fall with their fixed costs remaining. Many of them are closing down, even though they employ every trick in the book, such as private labels and selling accessories.”

Legacy retailers in several different industries seem to have a problem moving their businesses online. Why is that?
“They are stuck with old systems that don’t support data-driven business processes needed to be relevant to their target audience. On top of that, they have too much staff at headquarters. With 5,000 people aboard you lose the ability to change course.”

Swiftly reacting to a changing market and profit outlook is difficult if you have been successful for a long time, he says.

Business media and analysts sometimes raise concerns about the impact that stiff competition, high marketing costs, and high return rates have on profits in online fashion retailing. Do you see any truth in this notion?
“We don’t see growth and profit as contradictory. There are levers to pull to control profits. If we reduce marketing costs, profits go up. But we rarely think short-term profits are more valuable than growth. As long as the customer acquisition cost is quite low relative to the lifetime value of the customers we will continue to grow fast.”

Still, there are things e-merchants in general could do to increase the bottom line, according to the eEquity co-founder. To start with, they could care more about purchasing and strategic assortment planning.
“9 out of 10 of the companies we speak to are happy with just being allowed to buy at all from suppliers and don’t negotiate prices. That’s largely because many physical retailers are trying to discourage e-merchants. In that sense, it’s a very immature business.”

In many ways though, e-commerce has come a long way in the last 20 years. Apart from growing immensely, the entry barriers are lower and it’s becoming easier to set up an online shop. Bandwidth has increased, logistics can be outsourced and payment systems and platforms can easily be implemented.

In light of this, what are the key things that merchants should focus their attention on today?
“To control everything that affects customer satisfaction, in order to build strong consumer brands. Media agencies might execute our Facebook campaigns, but we supply the strategy. In the same way, it doesn’t matter who owns the warehouses from where we ship our goods as long as we control all the processes in it and have the brainpower in-house to figure out how.”

“Bandwidth was lacking back then. Everyone had these dial-up modems that made strange sounds when you tried to access the Internet. Second, we had to build our technology from scratch instead of buying it off-the-shelf like you would do today. Our technical platform cost us 50 million Euros. And lastly, Google had not begun to sell Adwords. So we built the brand offline, using billboards and television commercials.”

“Determining how many customers to acquire in 200 countries and optimizing each country for profitability is difficult and not something everybody can do.”

The keys to success for an online retailer in 2018 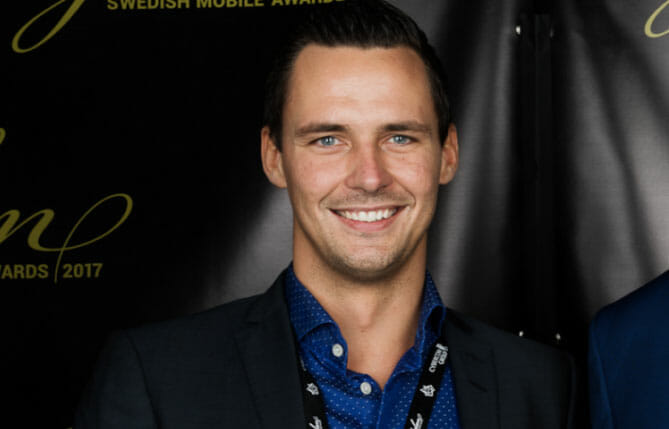 How “A Rocky mindset” turned Joachim’s webstore around. 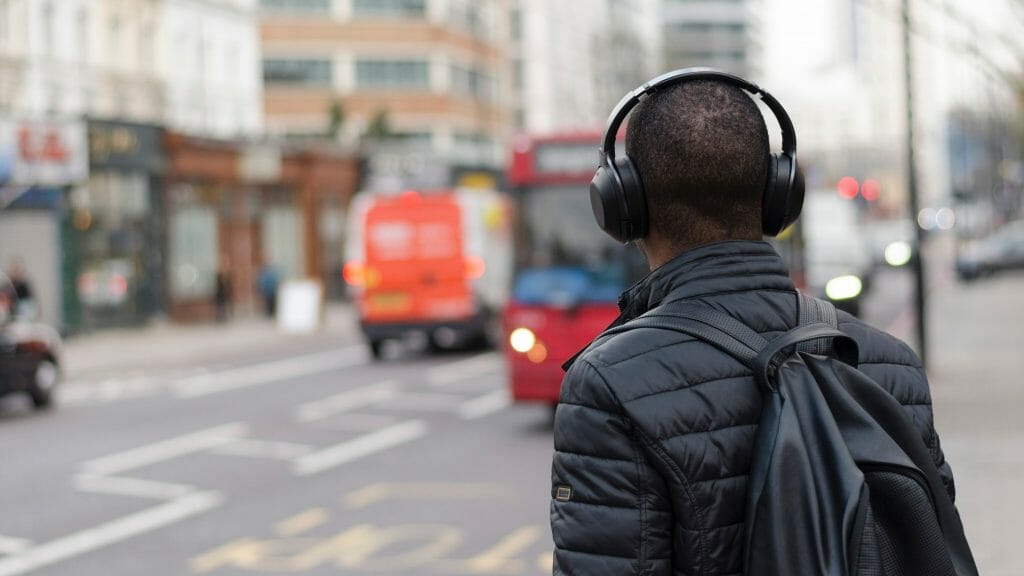 8 podcasts that help you scale your e-commerce. 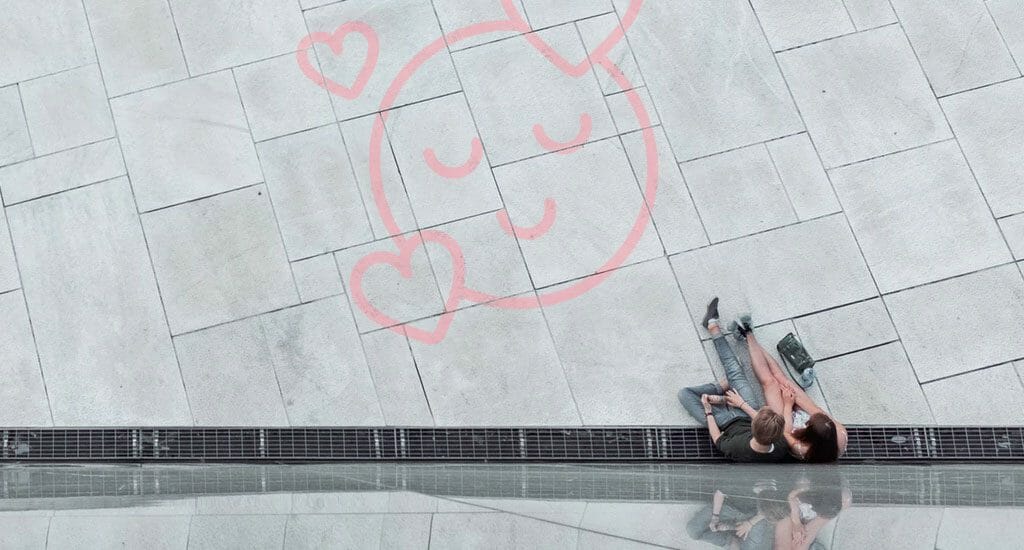 Avoid getting divorced when starting your own business.