Is Marianne, 73, Running The World’s Most Remote Webshop? 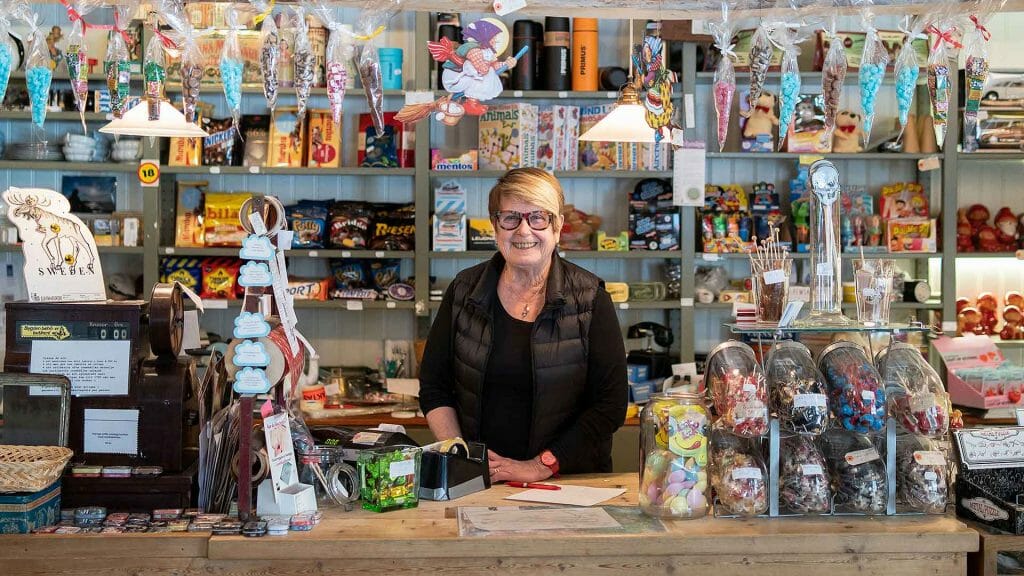 In a quiet mountain valley close to the Arctic Circle, 73-year-old Marianne Thorfve runs her webshop surrounded by wilderness. “I recently got my first order from Japan. It blows my mind. I run a business in the middle of nowhere and can have customers anywhere,” she says.

Coming to these mountains is like entering another world. For 10,000 years, following the last ice age, the indigenous Sami people have lived around this area. Some of them still keep their old traditions alive, including herding reindeers that provide them with meat, fur, and transportation.

Marianne Thorfve remembers her first impression of the valley village of Adolfström as she arrived from Stockholm in 1975:
“I’ve come to the end of the world,” she thought, but it was also a starting point for a new life.

She only went to attend a mountain trekking course, but the mountain guide was irresistible, and swept her off her feet. Marianne resigned from her job as a lab assistant, said goodbye to the busy life in the capital city, got married and built a new future.
At that point, she wouldn’t have predicted that her future would include an e-commerce business, but here we are. 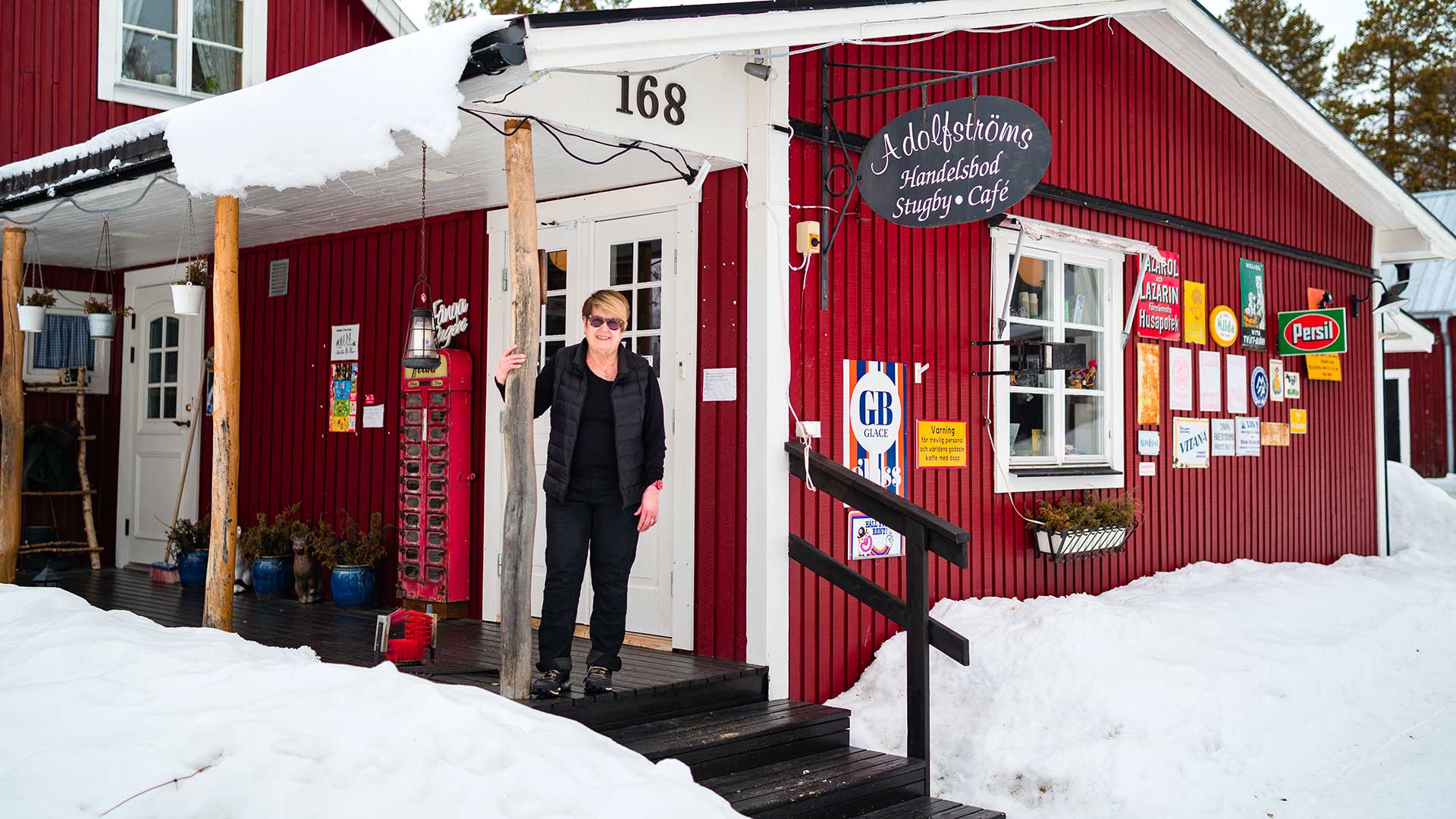 The story of the most remote webshop

In this quiet village where just nine families live, literally at the end of the road, where the wilderness takes over completely and the manual telephone exchange was up and running until 1972 (it was the last in the country to close), Marianne Thorfve receives about ten orders per day.

Unless a snowmobile is crossing the white landscape, it really is quiet enough to hear a pin drop. It’s as peaceful as the night sky, which is on view 21 hours a day here in winter due to the village’s proximity to the Arctic Circle (the darkness is compensated for in the summer when it’s daylight around the clock). The silence breaks as Marianne opens the door to her barn:
“This is my dark store,” she says, ingeniously referring to her storage space – but it’s a far cry from the advanced robotic warehousing facilities used by e-commerce giants these days.

In Marianne’s dark store there are no robots around. A cow would be more likely. In fact, when Marianne moved in, the barn was home to her now late husband’s cow. Today, the barn houses everything she sells in her webshop Adolfströms Handelsbod: hanging tapestries, cans, gnomes, tin signs, candles… all kinds of paraphernalia, mostly related to the ’50s and ’60s.

“Where do I find everything? Well, I’m always on the lookout for things connected to my own childhood like memories, wishes or dreams. I have always had an eye for these things. Every once in a while I come across something I like,” Marianne says.

She doesn’t use fancy branded packaging for her goods. Old beer cartons will do fine. She gets these from a supermarket at the Swedish/Norwegian border.
“For filling material I use old newspapers from my neighbours. Recycling helps the environment”.

Delivering to customers around the world

Operating an online business in a far-flung mountain village is not like the big city when it comes to logistics. No transport company will drive all the way here daily to pick up the packages. There’s one that comes three days a week, but pretty late at 5 pm. So how does she get the packages delivered to her customers without too much delay?

“My motto is to deliver fast, even if the webshop is located in this extremely rural area. Luckily one of my daughters works close to the nearest post office, an hour’s drive from here, in the town Arjeplog. We load the packages into her car early in the morning so that customers don’t need to wait too long, normally 2-3 days,” says Marianne.

Arjeplog is not that big a place either, with only 2,800 inhabitants.

Once the packages are sent, she sits down at her computer and writes an e-mail to each customer. She enjoys adding that personal touch. She includes some details from her day, often with a friendly rhyme. It can go like this:

Thank you so much for your order.
The mountains here are snowy white, it’s -2 degrees outside, and the midnight sun is just a distant memory now.
Today I’m working with grace, sending the package to your place.

Your package tracking number is AP14144xxxSE.
It will likely arrive by Thursday 4th of December.
I hope you’ll be pleased. 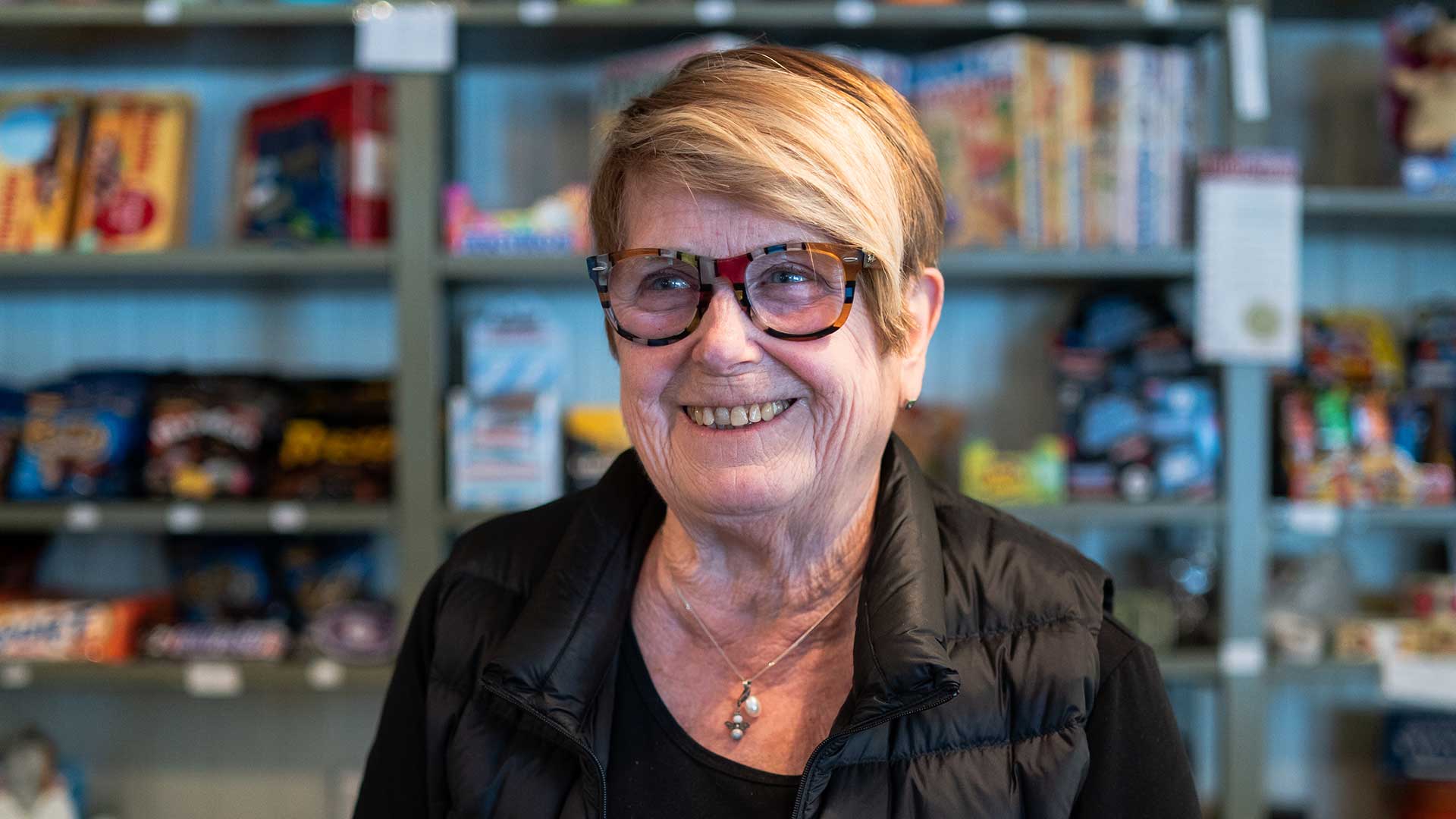 Adolfström – a place for hikers and test drivers

Every now and then a brand new Rolls Royce, Porsche or Mercedes rolls up and parks outside. It’s an unlikely scene, but there’s an explanation: Automakers consider the climate and the environment around Arjeplog to be among the finest in the world for testing their cars in harsh winter conditions.

The drivers stop by for a cup of coffee in her store/cafe that she opened with her husband back in 1978. It’s normally open in the summer for hikers walking the 440-kilometre famous Kungsleden trail, as well as for fishermen, and in the spring also for all the snowmobile riders.
“The car testers have made it a tradition to go here. They sometimes invite me to join for a ride as well.”

She loves the fact that her webshop makes it possible to have a year-round business running. It was established back in 1999, but there were no online payments at that time.

“I re-launched it in late 2018, now accepting online payments using Wikinggruppen’s platform, and I’m overflowing with excitement. If you live as far away from everything as I do, it’s absolutely incredible. Most of my orders are from the Nordic countries, but every once in a while there are orders coming in from other places as well, like Germany and Italy. Maybe it’s from people who have been here, I don’t know. Maybe they search for specific words. I’m learning more about how all this works now. I love my freedom and lifestyle, living close to nature and working for myself.”

Looking for a Smoooth payment solution to your webshop? Learn how Klarna can help you! 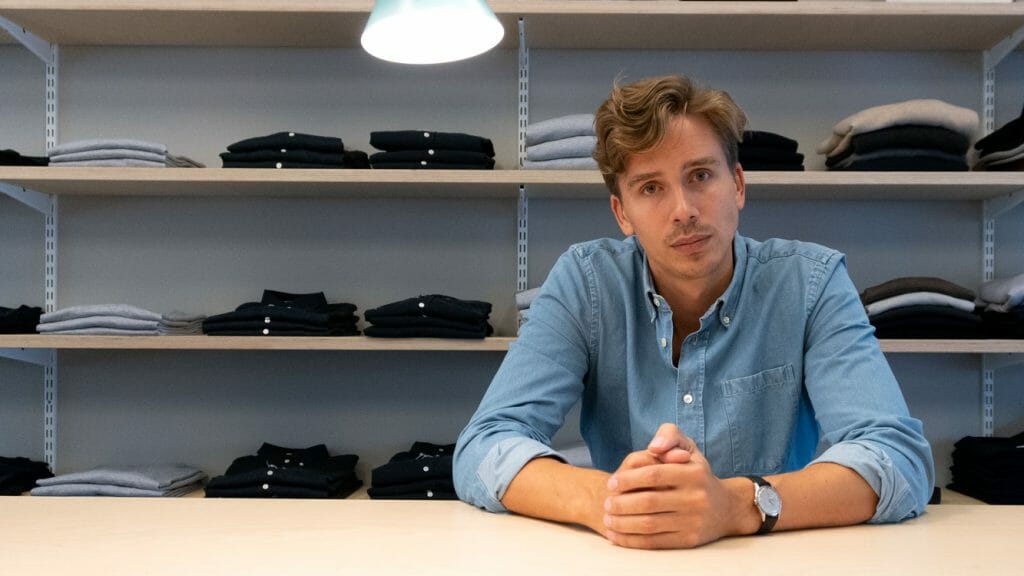 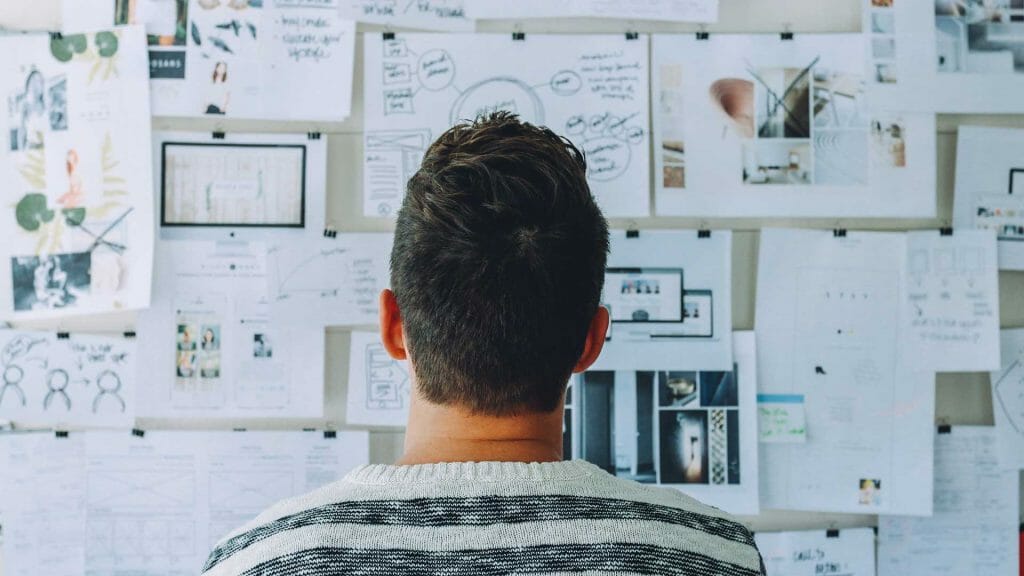 ”Why Aren't We Selling More Online?” Fix Your Numbers with This Checklist. 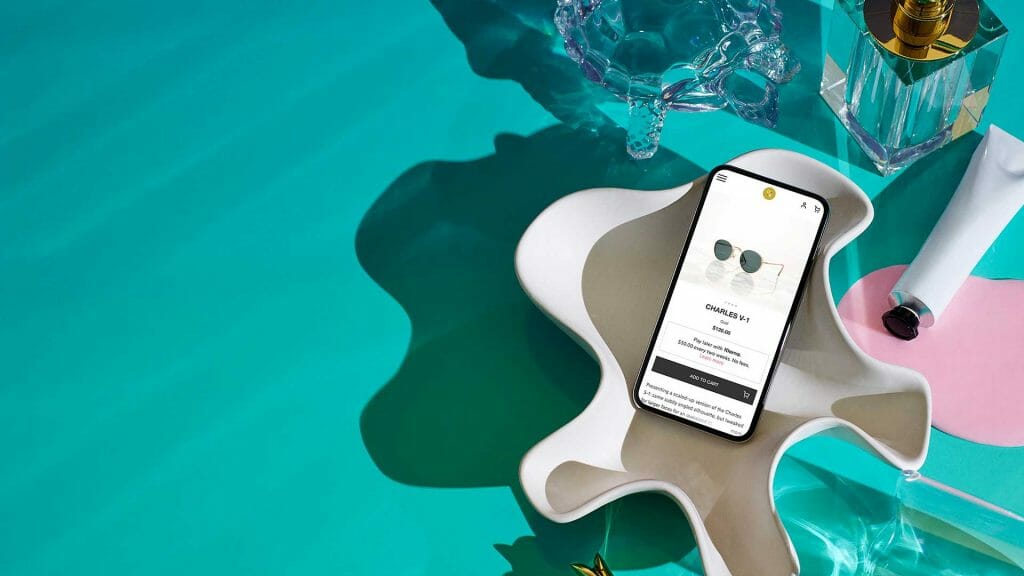 The 6 Hottest Payment Trends That Will Increase Your Sales.