Would your significant other say yes to this? 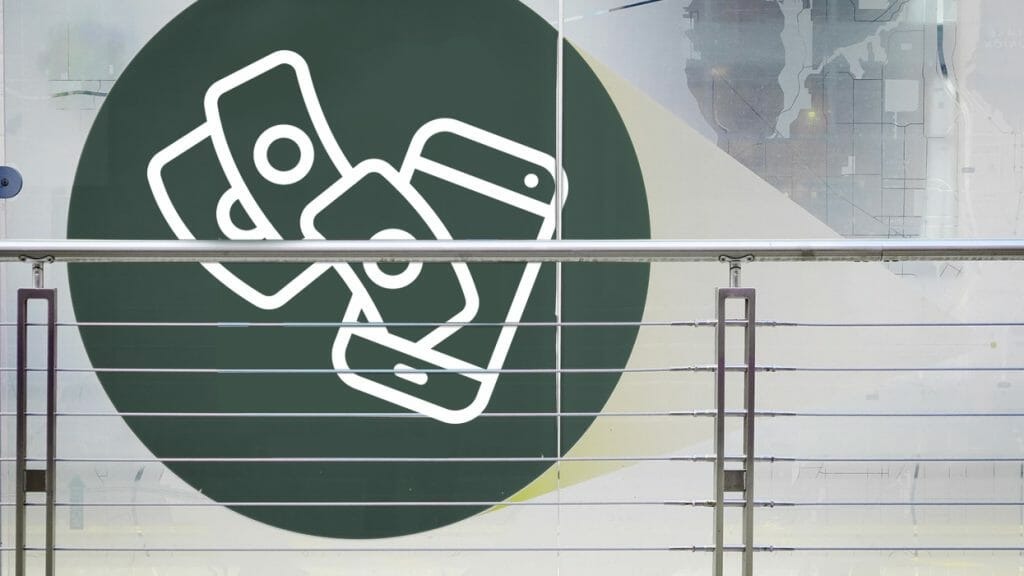 Niclas and Pernilla Nyrensten knew nothing about e-commerce, but that didn’t stop the married couple from establishing a webstore. Four years later their business turnover is through the roof and, perhaps more importantly, they are living out their passion and are still happily married. Would you and your significant other build an e-business too? We asked for Niclas and Pernilla’s best “couple’s business secrets”.

Their outdoor clothing webstore Revolution Race brought in 24 million euro in sales last year, with a profit margin of 30 percent.

Not bad considering they didn’t know anything about e-commerce or setting up a webstore when they began in 2013 on a very modest budget.

“We invested about 30,000 euro buying clothes from the brands that we wanted to sell, then paid 50 euro to get a webshop up and running,” says Niclas.

They never got investors involved, but they seem to be doing pretty well without them.

And Niclas and Pernilla’s hearts are still beating for each other, proving it’s possible to grow a relationship in an adventurous way that includes living out your passion, making a difference, being creative and earning lots of money simultaneously.

How can a couple accomplish this kind of e-commerce success? Here are a few secrets based on this pair’s achievements and the things they have learned along the way.

When Niclas and Pernilla started their business in 2013, they had already been together for twelve years. Does that mean you need to wait a decade before you get started? No, but you should at least make sure your relationship has survived a few bumps in the road before investing too much time, energy and money into your business dream.

“We spent many hours on bumpy roads together – literally – just a few months into our relationship when we traveled by bus through South America. That’s when we got to know each other for real, and we felt like ‘if we can handle this, we can handle anything’. After that we backpacked around the world a few times, living in close proximity 24/7,” says Niclas.

“Pernilla and I love discussing business, and not just our own,” explains Niclas. “We talk business all the time. We discuss other people’s businesses, develop ideas, talk about different ways to improve business models, customer experience and marketing, and so on. When we take a cab, we can spend the whole ride talking about the taxi industry. We share that interest, and that helps a lot.”

“I recently met the founder of another Swedish e-commerce company who felt frustrated because his partner didn’t enjoy talking about business as much as him. I think it’s important to be able to freely talk about it at any time because when you run a business, it becomes such a big part of your life.”

Secret #3: Start selling right away – in a stripped down way

This secret is probably relevant whether you run your business as a couple or not.<

Niclas and Pernilla got started in the quickest possible way: very few products, sold in a very simple webstore. They both think it’s a priority to get off the ground early; the extra bells and whistles can come later.

“We had just one type of trousers. They came in two colors, with one size for men and one for women. We also had one jacket and one fleece. That’s all. We didn’t have the money for more,” says Niclas.

“I knew from the beginning that I didn’t want to have to learn any code to get things going. I searched on YouTube for tutorials on how to set up a webstore. We picked the Prestashop platform, where Prestaworks is a certified agency to,  because it costs almost nothing and is based on easy modules to put things together.”

Their web store didn’t look fancy at all. Quite the opposite. They didn’t even use a professional photographer.

“We posed as models using the ten-second timer on the camera,” says Niclas.

To target their audience they recorded a few videos as well.

“The idea of recording videos came from a Facebook representative who had called us to promote video as their new thing,” says Pernilla. “We recorded a video on a shaky mobile phone and showed it to her, but she didn’t like it at all. Too bad quality, she argued, perhaps having Redbull in mind or something. But our approach was to take the best idea that wouldn’t cost us anything, so we uploaded those videos anyway.”

Their “life hacks” video clips – bringing up topics like zippers and other things related to their products – turned out to be a huge hit. They quickly exceeded a million views.

“The Facebook woman later called us up to apologize,” Pernilla recalls.

When it comes to making decisions in their business, Niclas and Pernilla both describe themselves as stubborn. They guess they agree 80 percent of the time, and disagree 20 percent. But what’s important is they take the time to discuss ideas and listen to one another, turning stones to get more understanding.

“I would say decision making gets harder the more success we have. The stakes are higher now than in the beginning. We employ 30 people now and our decisions affect them, too,” says Niclas.

Both are equally stubborn, they say, which sometimes can cause intense arguments. But they also say they are good at apologizing when needed.

“We never go to sleep in the middle of a fight. We talk things through. We have kept that promise to each other for 17 years now,” says Niclas.

Secret #5: Define your areas of responsibility

Yes, talking things through is all good. But who has the final say?

Niclas and Pernilla have set it up so they each hold ultimate responsibility for different parts of their business – although there is often an overlap in their discussions.

They have built their responsibilities around their individual strengths.

Having been raised in an entrepreneurial family where she started selling things aged seven, Pernilla is perfectly placed to focus on sales and the overall business strategy. Niclas, meanwhile, is more technology and product focused.

Secret #6: Keep doing what you both love

Another vital part of their relationship is to keep traveling together. At least once a year they leave their daily office routines behind to enjoy a longer trip.

“This summer we are going to Los Angeles, then to Hawaii for surfing, and then back to Yosemite National Park in the US,” says Niclas.

EXTRA: How well do you know each other?

We decided to let Niclas and Pernilla play the wedding shoe game – just for the fun of it. You have probably seen this game at weddings, but if you haven’t, all we can say is that it’s a fun way to find out how much two love birds know about their partner, themselves and the relationship.

Usually, the game involves the couple standing on two chairs facing away from one other, holding one of their own shoes in one hand and one of their partner’s shoes in the other.

They get questions like “Who enjoys a candlelit dinner more?” or “Who is more likely to do the dishes?” and for each question, they lift the shoe they believe best matches the answer.

To put an e-twist on it, we simply asked Niclas to answer all the questions first, without his wife present, and then Pernilla did the same.

Here’s how it tuned out. Pretty well, if you ask us.

Who would rather be outdoors on a rainy day?

Niclas: That’s me. I go out in the rain. We live in a city where it rains a lot (Borås), so there are many opportunities to go out testing our clothes.

Pernilla: Niclas. No question about it.

Who is more likely to forget things when packing for a camping weekend?

Niklas: Pernilla. She has fantastic control of the numbers for a 240 million SEK company, but she forgets car keys and other things.

Pernilla: I am. My brain is focused on the business.

Who was the most surprised about your business success?

Niclas: That’s me. She has been the one setting the goals and laying out the strategy from the start. So it’s no surprise for her.

Pernilla: Niclas. I have had goal pictures in my mind all the time.

Who loves spending money the most?

Niclas: Pernilla. She spends money little and often, but I’m the one who buys more expensive things.

Pernilla: Me. I spend more money on a daily basis, while he is the one buying a new car.

Who is most likely to turn an angry customer into a happy one?

Niclas: Pernilla. She has been in sales since she was eight years old.

Pernilla: Me. That was easy.

Who is most likely to go for a kiss if you two are checking inventory together with no other people around?

Who is more stubborn?

Pernilla: Me. I don’t give in until I things are going my way. But both of us are very stubborn.

Who is more likely to apply for the TV show Survivor?

Niclas: Me. It would be an interesting challenge. I’ve seen all episodes of the American version of the show.

Pernilla: Niclas. I enjoy being seen and heard, having a background as an aerobics instructor and all, but the show is more his style.

Who suffers more when there is a technology breakdown in your e-store?

Niclas: Me. I’m the one responsible for the tech.

Pernilla: Niclas. He is a perfectionist.

Who eats healthier at work?

Niclas: Pernilla. She is healthy. I’m more into hamburgers.

Pernilla: Me. Niclas is trying to gain weight, and I’m trying to get slimmer. How typical! I order salmon and greens for delivery to our office.

Who has more sleepless nights because of work?

Niclas: Pernilla. She can lie awake worrying about not hitting the goals she has set up for our company.

Pernilla: Me. Niclas can sleep at any time, anywhere.

Who enjoys these kinds of personal questions more?

Pernilla: That would be me. I’m a bit more of a goofball; I enjoy playing around.

RESULT: 11 out of 12 questions in sync. Can you and your significant other beat that?

How to turn your idea into a full-featured online store in 90 days.