Behind the scenes of Clothes love all. 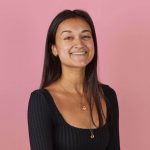 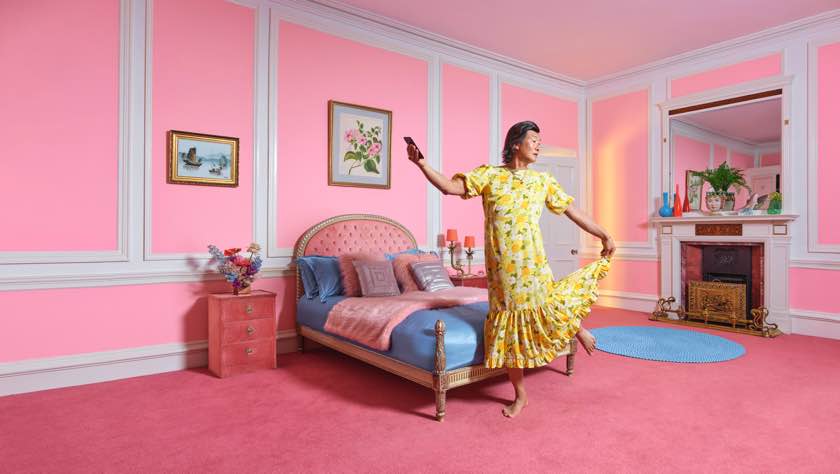 Earlier this week we launched our shiny new campaign, ‘Clothes love all’. As a celebration of diversity and inclusion in fashion (and far beyond!) it’s a subject that lies very close to our hearts here at Klarna, and we want to be proactive in driving further positive change.

Bringing our campaign message to life, we set out to create a short film and a series of still images that truly captured the energy and love between humans and their clothes.

As you can imagine, running a production during a pandemic is no small feat – particularly under a time crunch. So whilst it was ‘all hands on deck’, the team were very strict on keeping distances, checking temperatures, and making sure that everyone on set was wearing a mask.

We made sure that only a limited number of people could be in each room at any moment in time; and invited most of the team to watch the shoot via distanced screens, or dial in remotely if possible.

So, here’s how it all went down.

“We were very keen to create something different with this campaign,” says Chris Norell, Klarna Marketing Manager and project lead on ‘Clothes love all’. “We wanted to join the conversation on diversity and inclusion, but we wanted to do so through a new lens – and the eyes of clothes did it so well!”

“The campaign film is all about clothes loving humans. Clothes don’t care who you are, where you’re from or what you look like. They love you all the same. So anyone can – and should – wear anything they want.” 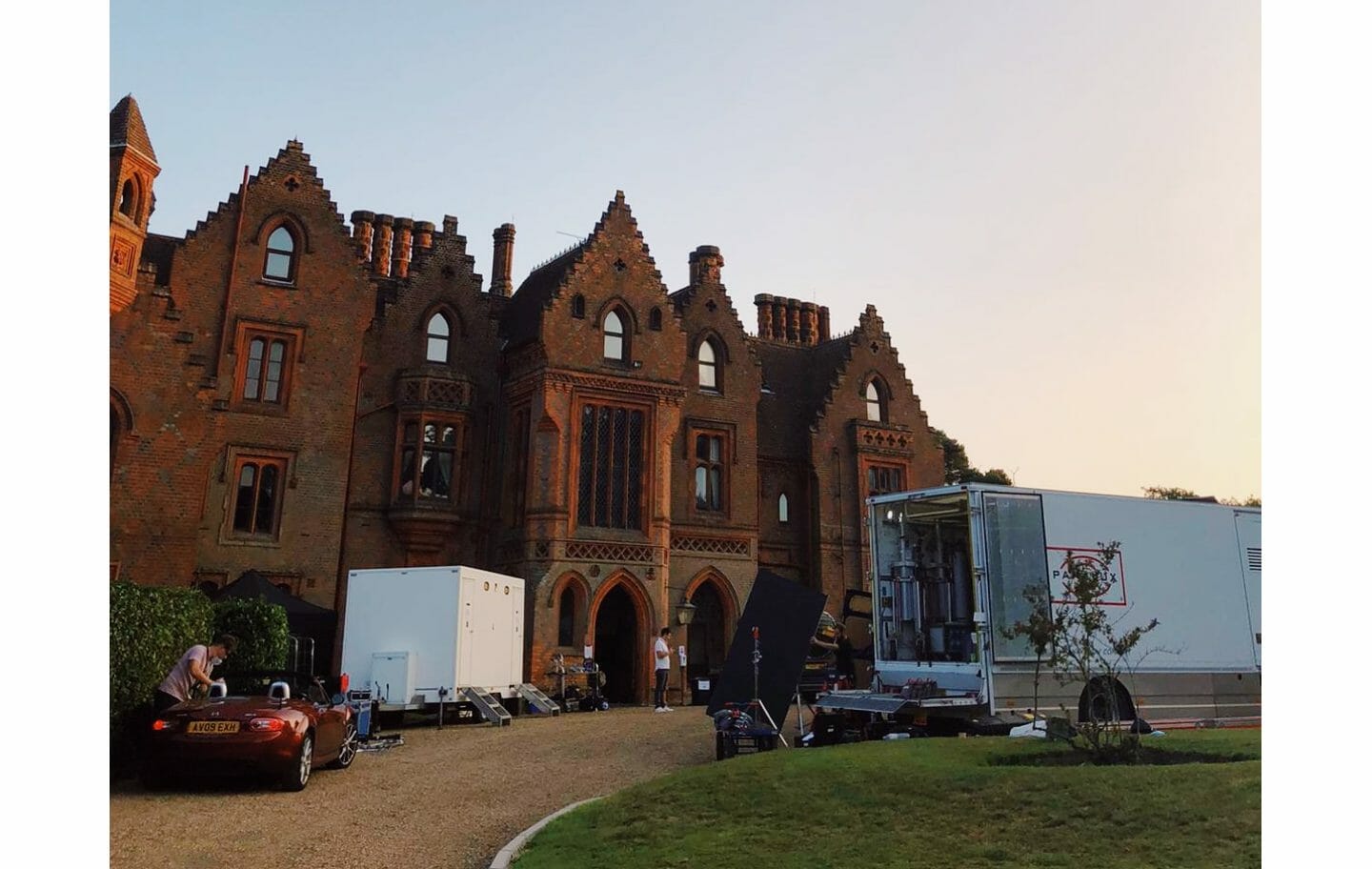 The ‘Clothes love all’ world was created at none other than Foxwarren Park, Surrey; a Victoarian country house and estate that could not have been more of a perfect fit with its brightly coloured rooms, patterned walls, and eccentric furniture. 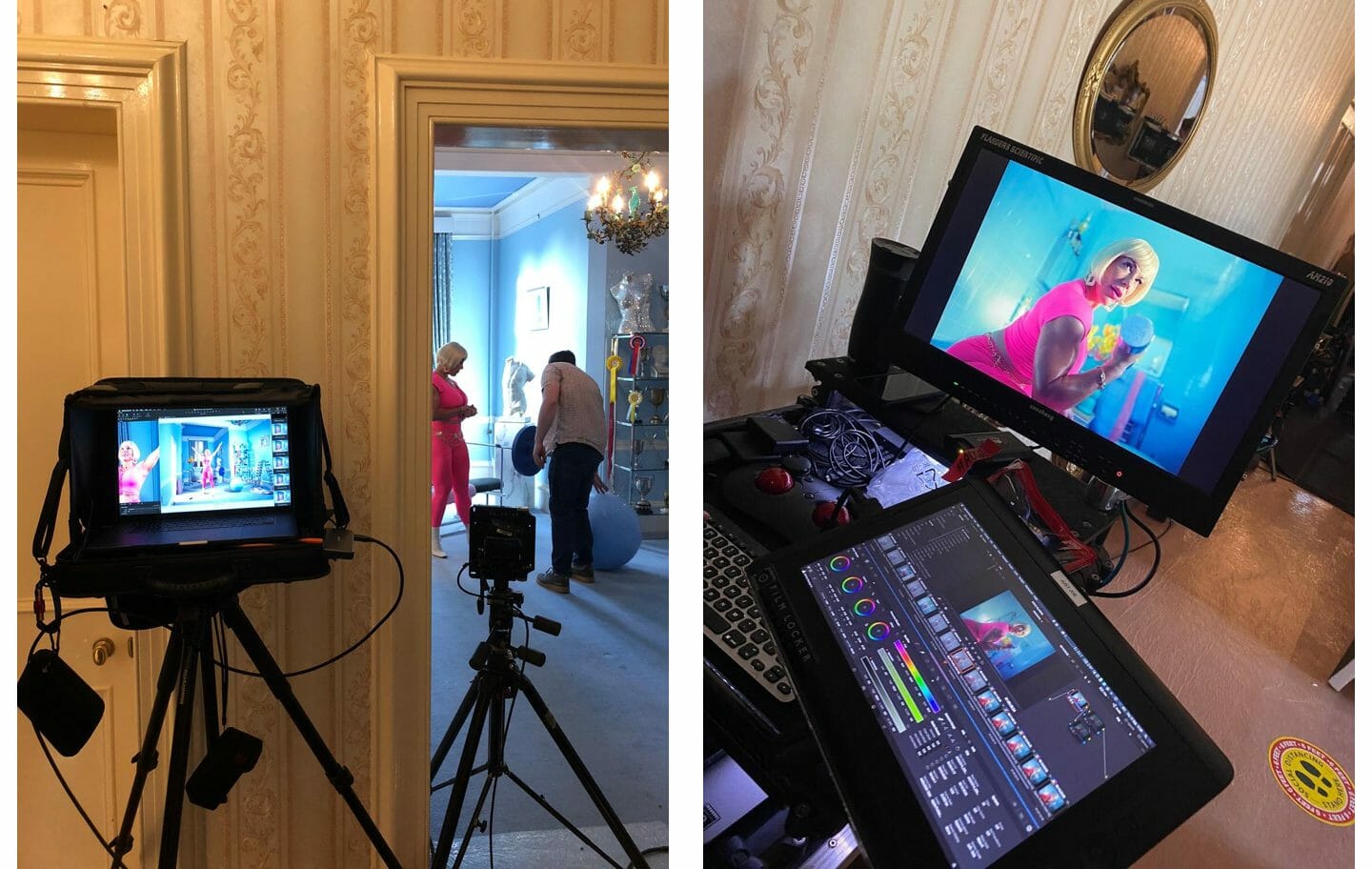 We were honoured to have such a 10/10 group of creatives working with us on the ‘Clothes love all’ shoot, each chosen for their unique style and way of working.

First up was award-winning director and filmmaker, Jake Dypka. Known for his commercial work with the likes of KFC, Malteasers, Topshop and Whistles, we couldn’t wait to see his knack for storytelling in action.

“Jake has a distinctly cinematic style that we knew would be just perfect for the Klarna brand – even from his initial ideas,” says Chris. “His work is Klarna-quirky and the performance aspect is always on point. It’s clear he has a super strong vision, so we were so excited to have him on board.”

Due to time limits and the pressures of the pandemic, we shot both the short film and the stills all in one ~ very long ~ day. So when one crew moved off set, the next moved in! By making the most of the lighting, costume and make-up that was already ready, we were able to minimise the time that actors and crew members needed to physically be on set – helping to keep everyone safe and socially distanced.

And so, snapping stills for us was the incredible Dan Burn-Forti. We love Dan’s work capturing dynamic expressions, and balancing that with a premium / high-fashion look. Exactly what we were looking for for ‘Clothes love all’! 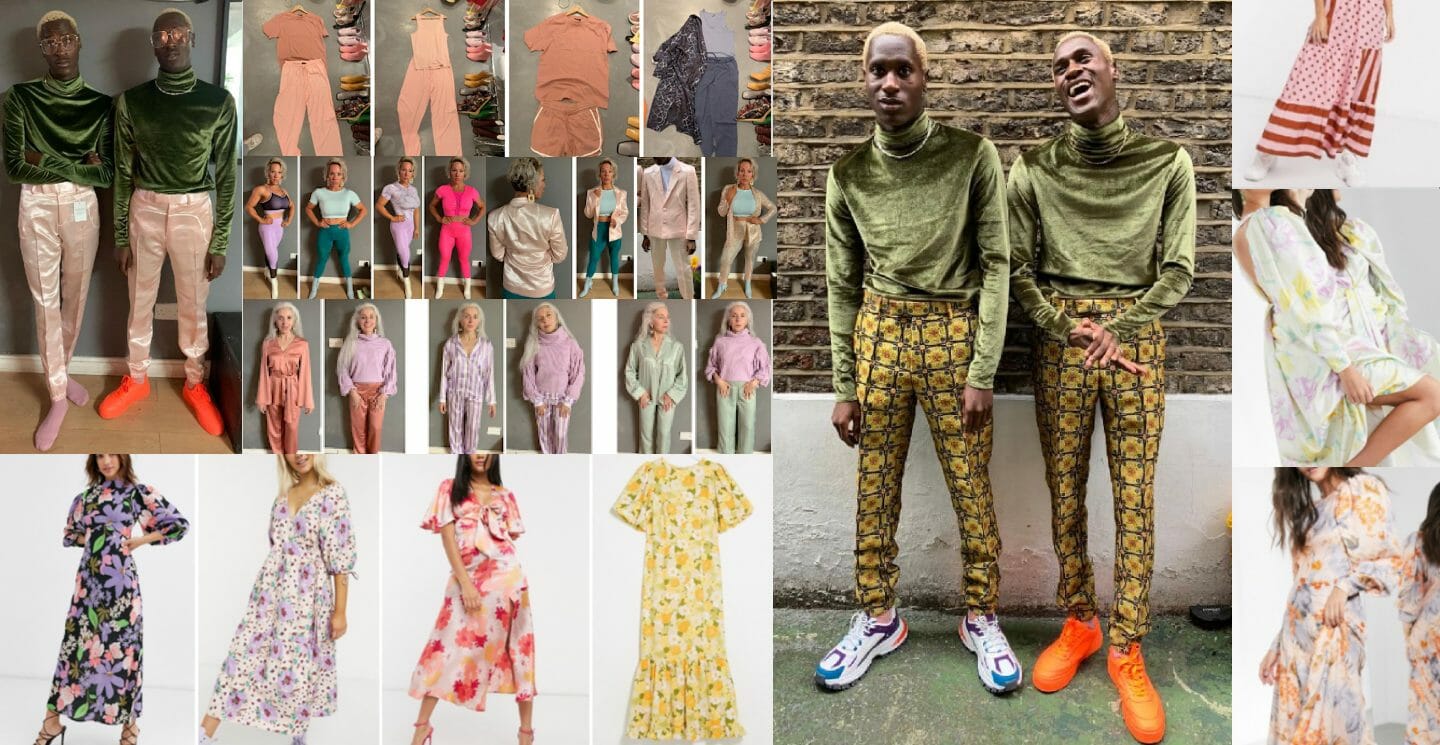 Taking the ‘as seen on screen’ acronym to heart, every garment used for the shoot was by ASOS – and ASOS’ own brands at that!

We worked with stylist Verity May Lane who has styled some of the biggest global music artists in the world including Harry Styles, Dua Lipa, Ed Sheeran, and Kylie Minogue just to name a few.

Clothes were chosen not only from an aesthetic point of view, but also in how they would function as puppets . . .

That’s right. With some sneaky strings and clever animation, the production team could work their magic to make the clothes truly come to life!

For the twins’ neon sneakers, hidden levers were built into the heels so they could sing. The lilac jumper had its own stunt doubles so it could fly around the room, and was used as a hidden hand puppet when on the ironing board.

We also reversed the sequences for the dad’s floral dress and bodybuilder’s suit so that it would appear that the clothes were flying on to them, rather than off. This meant cutting the garment into several pieces and using string to pull them off.

And that’s a wrap!

For more ‘Clothes love all’ content, follow us on Instagram and take a peek at our exclusive partnership with stylist and TV personality Tan France (!) in the Klarna app.