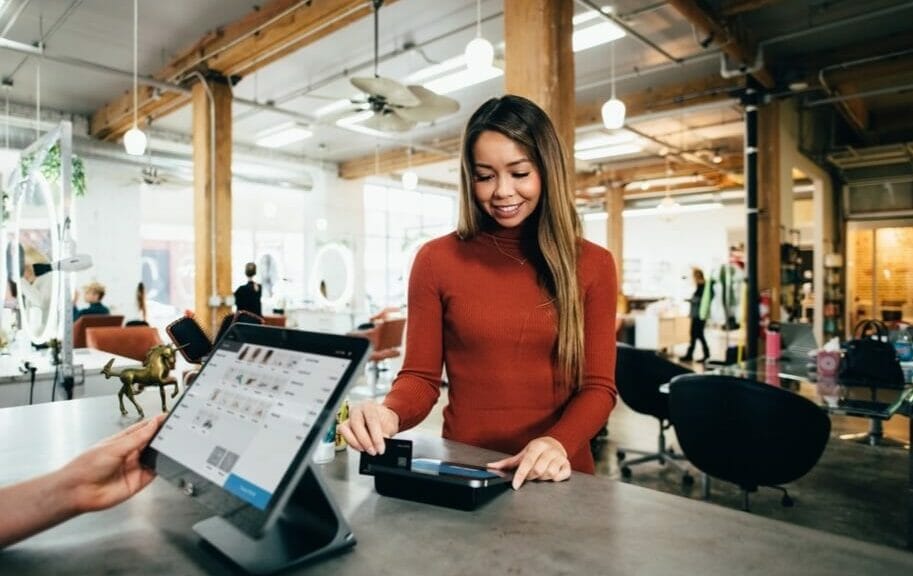 One of the great financial casualties of the pandemic may be the credit card. British households repaid £10 billion in credit card debt last year as they cut back on spending during the crisis. Outstanding balances were still down a fifth in January compared to the same month a year ago. Even before the Covid-19 crisis, growth in credit card lending was lagging other forms of credit over the past decade. Its share of global e-commerce transactions is expected to fall from 22.8 per cent in 2020 to 20.8 per cent in 2024, according to Worldpay.

Consumers are changing the way they pay and turning away from what many view as a structurally unfair business model. Credit cards have a role to play in consumer credit, providing funds in emergencies and free credit to those able to pay off their balance each month. Issuers, including banks, make money by charging high monthly interest and late fees to customers who do not pay their bills in full (or at all). These often poorer consumers are effectively subsidising other customers, who then also enjoy rewards such as loyalty points. Worse, credit card companies charge higher interest to more vulnerable and “higher-risk” borrowers, making it even harder for them to pay off their bills.

A fairer and more transparent way.

As we have seen with current accounts, the fintech industry has stepped in to offer fairer, more transparent and better-value credit solutions, including “buy now, pay later” (BNPL). These services allow users to spread the cost of their purchases over a short period of time in interest-free instalments and, in Klarna’s case, with no late fees with our Pay in 3 instalments and Pay in 30 days products. BNPL made up just four per cent of online retail sales in 2020, but is growing fast. It more than trebled in size in 2020 as more people did their shopping online due to lockdowns. Over 10 million people in the UK used BNPL last year, equivalent to one-fifth of the adult population.

YouGov polling suggests 70 per cent of BNPL users did so as an alternative to a credit card. While a younger generation is increasingly reluctant to use plastic, the appeal is nonetheless broad. Around half of users were either between 25 and 34 or over the age of 55, according to an analysis by Capital Economics of that YouGov survey. BNPL offers additional benefits for consumers, including the ability to return items before they have to make payment, sometimes called “try now, pay later”. This was particularly valuable during the pandemic, when bricks-and-mortar shops were closed.

BNPL differs from the conventional credit card in several ways. Credit card issuers make the bulk of their revenue from interest payments. Last year, they charged over £5 billion in interest in the UK alone. In contrast, Klarna charges fees only to retailers for offering these services – and not consumers. By using BNPL instead of credit cards, consumers saved £76 million in interest charges last year, according to estimates from Capital Economics.

Furthermore, Klarna uses technology to perform real-time soft credit checks on every single purchase using BNPL, so it is a real-time assessment of the suitability of this payment option. Consumers who miss payments lose access to Klarna. This incremental approach is different from the credit card practice of offering large credit lines with just one upfront check. The majority of those who use BNPL believe it has helped them to manage their finances, according to the YouGov survey. Klarna also offers budgeting and spending insights tools for customers. As a result, the bank has losses of less than one per cent on its BNPL lending.

However, as with any credit product, consumers can still run into financial problems. The sector is growing fast, with many new players offering varying standards of service when it comes to credit checks and charging fees. The Woolard Review, recently published by the Financial Conduct Authority, noted that more than one in 10 customers of a major bank using BNPL were behind on payments.

It’s that regulation crafted in 1974 has not kept up with innovation. That is why Klarna welcomed the Woolard Review. The BNPL industry needs a modern framework to ensure the highest protection for consumers and foster innovation and competition among providers. With consumers voting with their feet, UK regulators are in a unique position to help them make better credit choices.