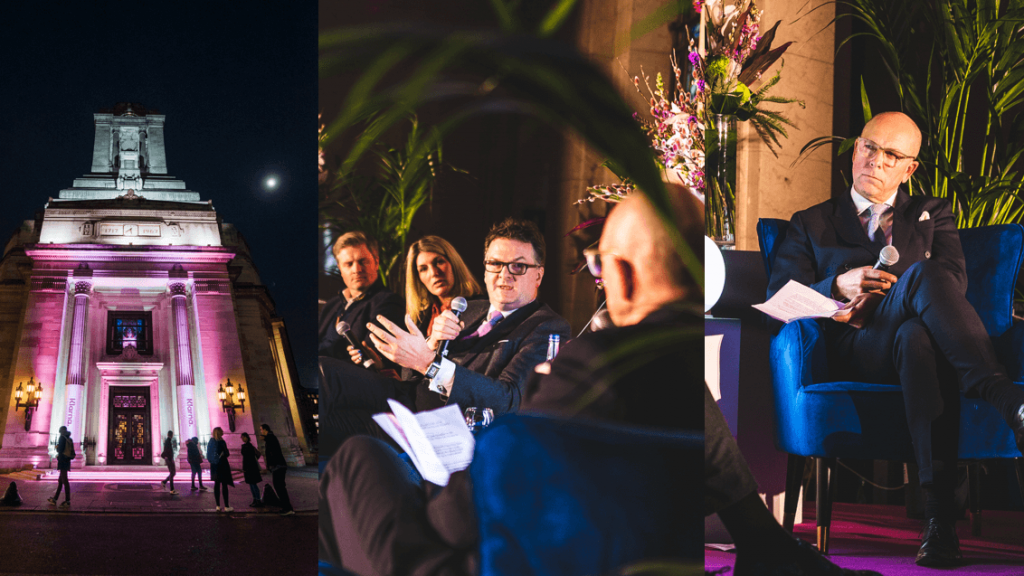 Last night, leading payments provider Klarna held its first “Smoooth Sessions” event of the year, with a panel of retail experts coming together to consider the future of retail.

Ticketed as an ‘out of world immersive experience’ the event was held at the beautiful Freemason’s Hall in London’s Covent Garden. More than 200 representatives from retail and key media were in attendance.

Alongside discussions of the challenges and opportunities ahead for retail in 2020, the future-gazing continued with astrological readings from Carolyne Faulkner and psychic readings from the Psychic Sisters.

The panel was moderated by Dylan Jones, Editor-in-Chief of British GQ and explored topics from the current retail landscape to what the future of retail holds and was followed by a Q&A. Panelists ranged from Ewan Venters, CEO of Fortnum & Mason; Tanya Weller, Director of Samsung Showcase, KX; Richard Lim, CEO of Retail Economics and Jonathan Sheard, Senior Commercial Manager at Klarna.

Discussing the importance of experience in retail, Tanya Weller, Director of Samsung Showcase, KX, said: “Where competition is fierce and the battle between online and offline rages, the theatre of physical shopping is still at the heart of engaging shoppers. At Samsung KX, we look to bring to life the true benefits of our products through experience. For example, people can come and enjoy a yoga class at KX, improved through the use of Samsung technology such as the Galaxy Watch Active smartwatch, or can come for a supper club or a cooking course in our connected kitchen – we showcase exactly how our technology can enhance everyday life. Shoppers want to see and feel how technology can uniquely benefit them. A showroom doesn’t offer that, but understanding what your consumers want and fitting into that ideal? That does.”

Richard Lim, CEO of Retail Economics added: “With the pace of change at its current rate, it’s no surprise that retailers are feeling the pressure. Incumbents are tackling a tough environment, often with too many stores, too much space and inflexible lease agreements. It all makes pivoting difficult, and ultimately puts them in a more challenging position to embrace changing consumer expectations. It’s not impossible, by any means, but it is hard — and takes effort and ambition.”

Jonathan Sheard, Senior Commercial Manager at Klarna: “At Klarna, we work with both the traditional brands and pure-play online retailers, and that gives us a unique perspective on the challenges and expectations they’re both facing. My key observation from this angle? These decisions need to come from the top. Embracing experience, creating a strong brand and offering consumers something that can’t be gleaned from competitors is hard, but support for this has to run all the way through a business, so many businesses are doing this already and it’s great to see.”

Ewan Venters, CEO of Fortnum & Mason: “The current retail environment is more complicated than ever and the way that businesses engage with customers has evolved significantly. For me, business success currently revolves around a few key things: product, service, innovation, experience and sustainability. Retailers that ensure to address these things in their business model are the ones that will excel and secure consumer loyalty. It’s going to be exciting to see!”

The event concluded with Dylan Jones’, Editor-in-Chief of British GQ, thoughts on the future of retail marketing. When asked his thoughts on the role of influencers, Dylan commented: “Social Media is increasingly important, but what we’re seeing more of is an appreciation of expertise. Consumers don’t want to be sold anything by anyone, they want to know that the person promoting a brand or item is trustworthy. Trust, in a world of sponsored posts and ads, is more important than ever.” 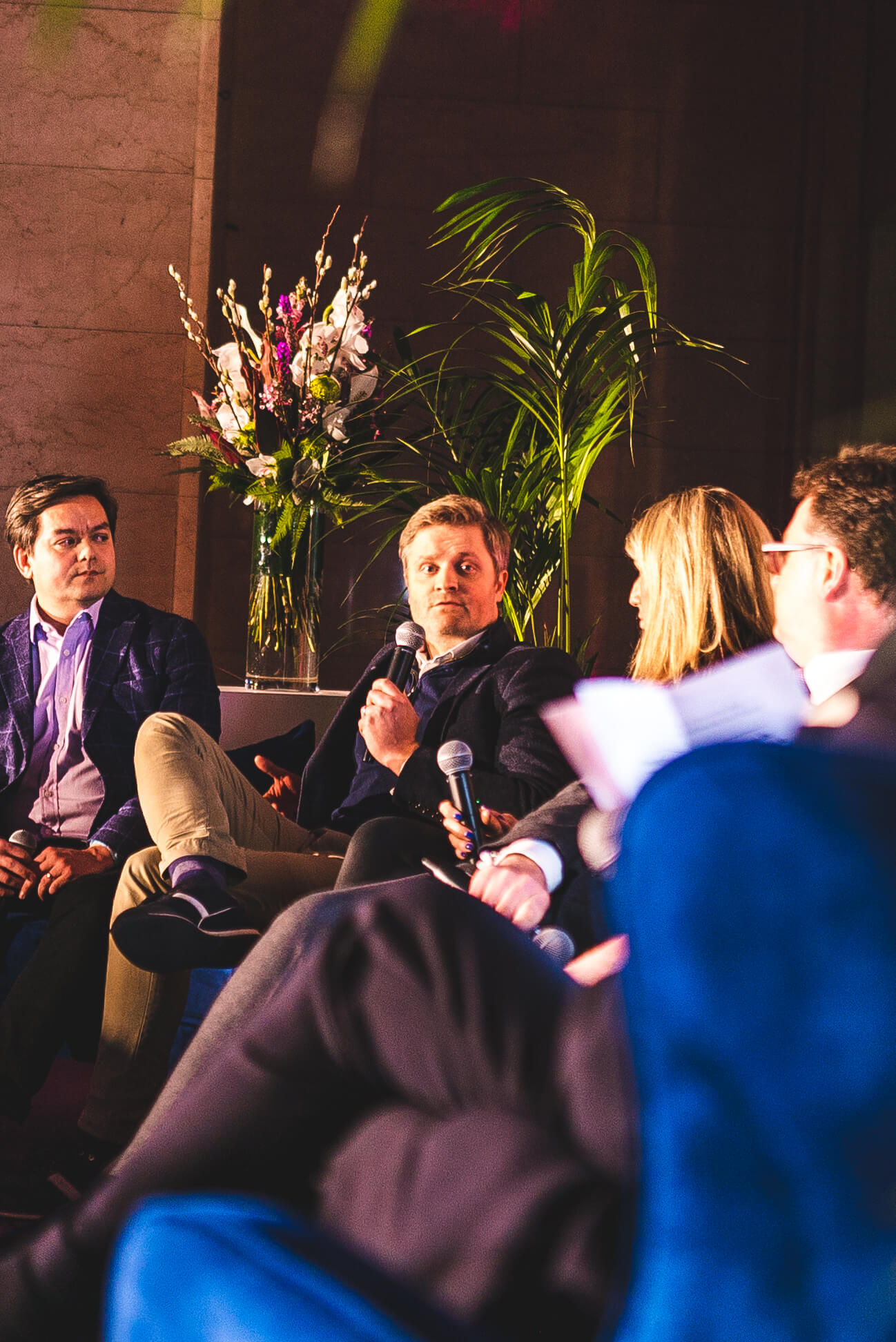 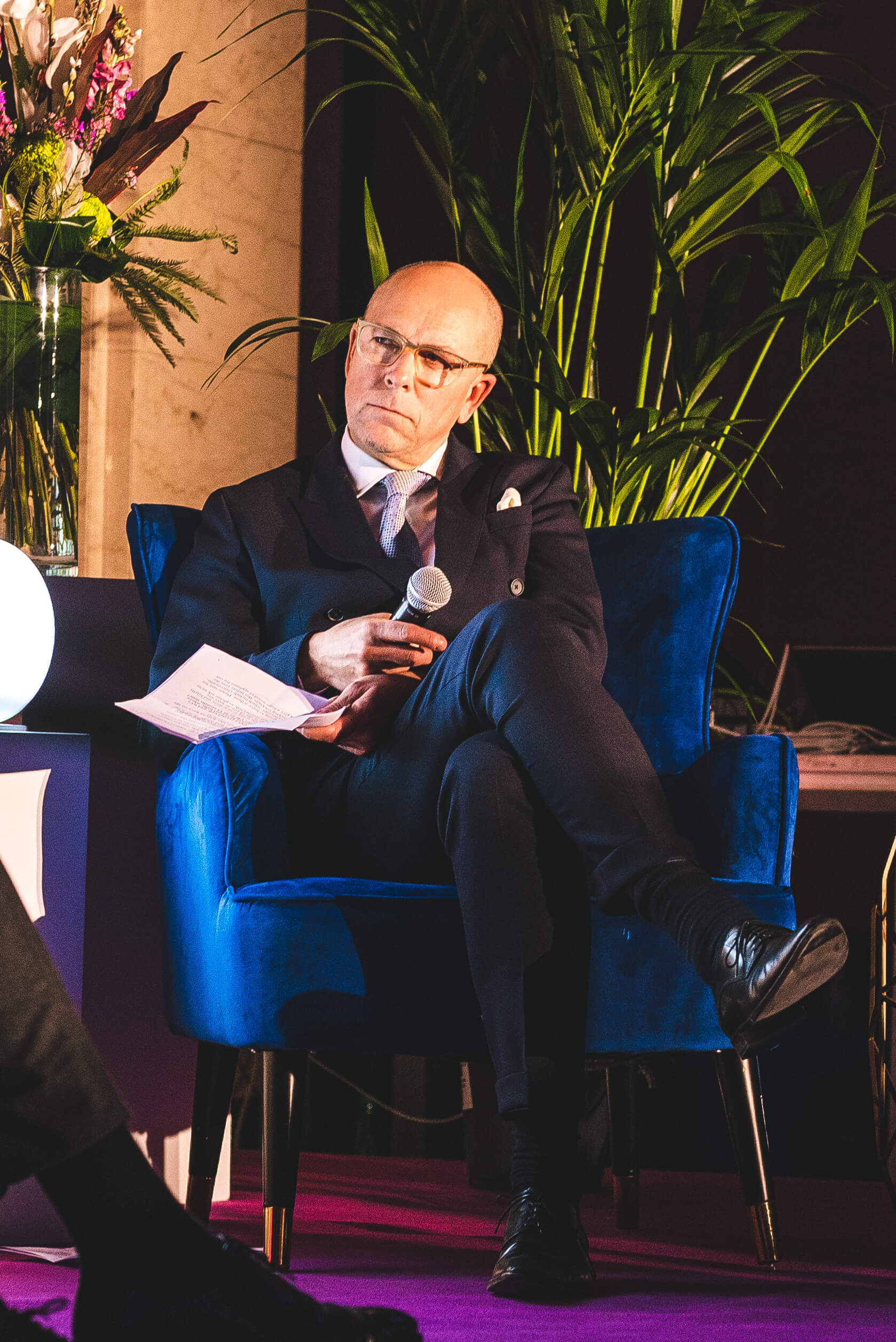 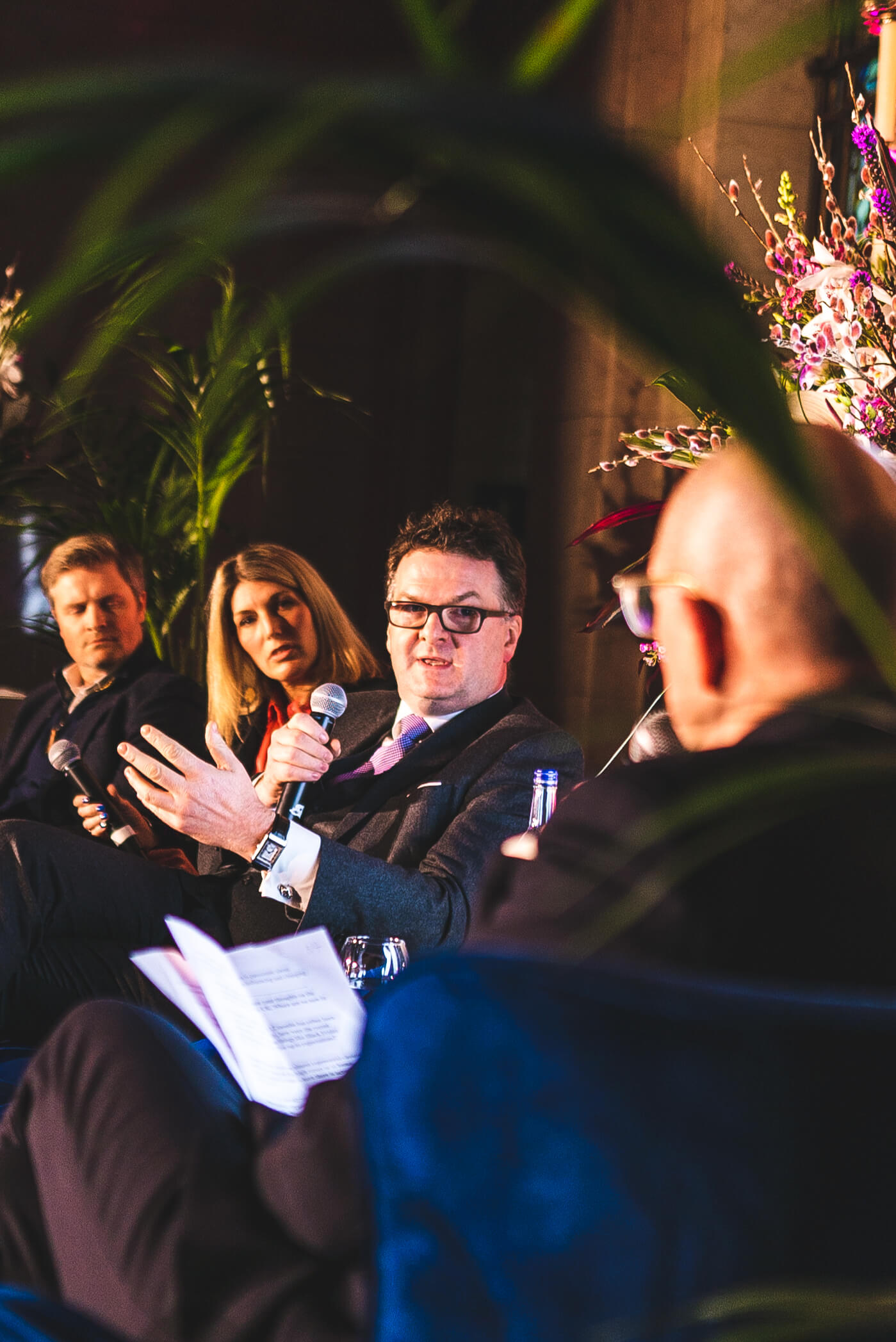 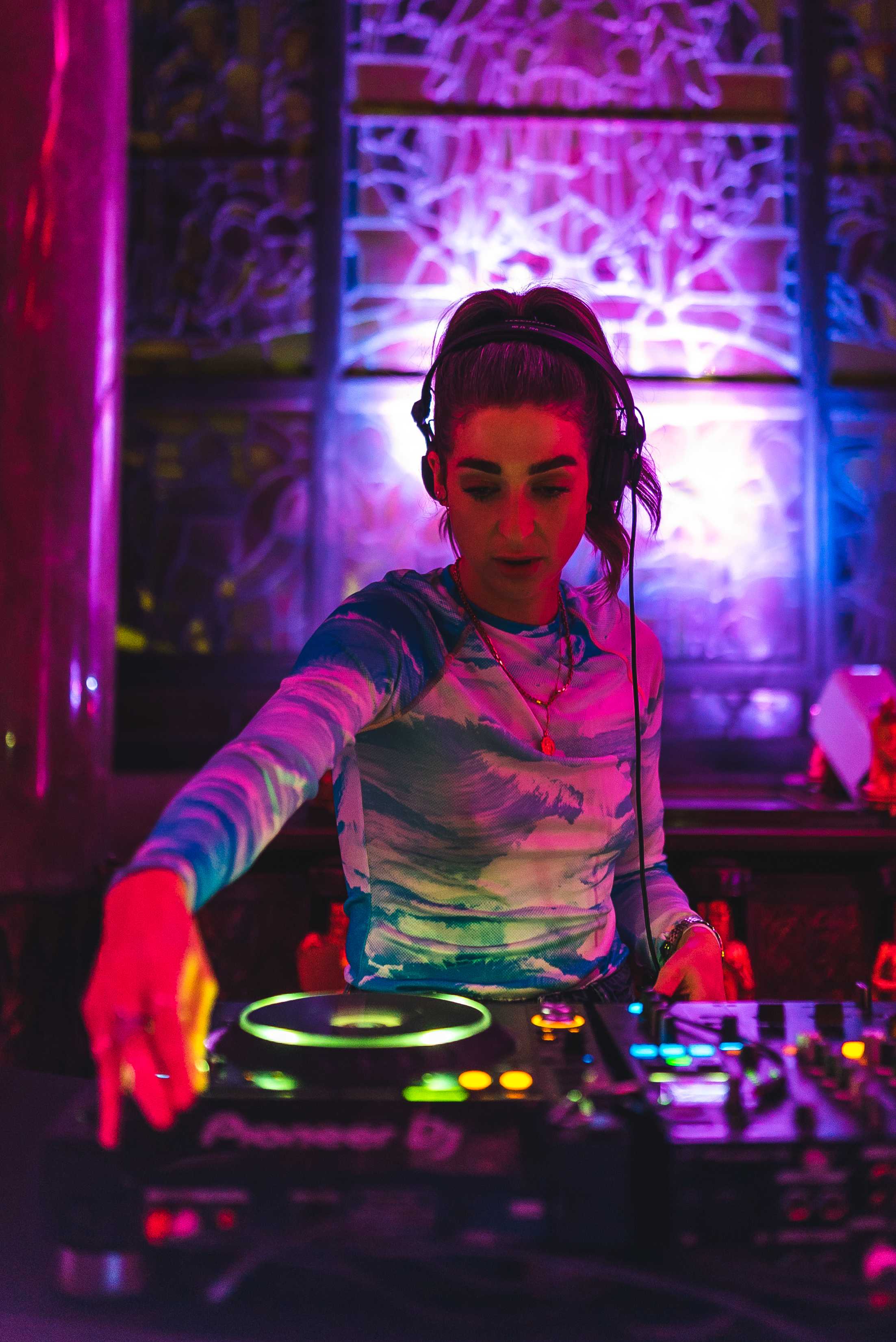 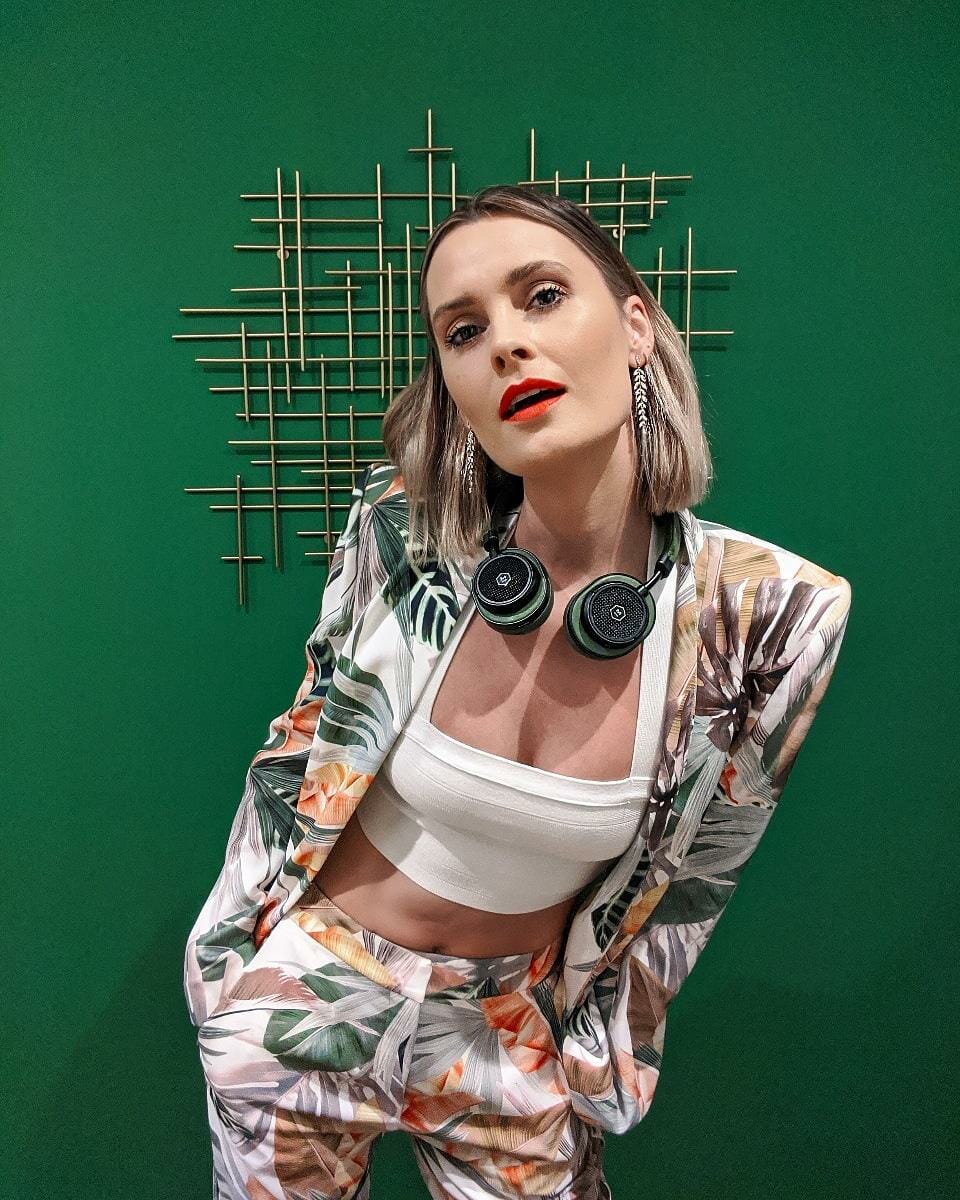 Dylan’s illustrious career in journalism includes being editor at i-D, contributing editor at The Face and associate editor of the Observer Magazine; he was also editor-at-large at The Sunday Times. He has won Magazine Editor of the Year eleven times and he was awarded an OBE in the Queen’s Honours List in 2013.

As CEO of Fortnum & Mason, Ewan has led the famous Piccadilly destination to a succession of major achievements. Under Ewan’s leadership, Fortnum’s has recorded record sales and profits, and have also expanded beyond their historic London home into new locations including prestigious stores in Dubai, Heathrow Airport and St Pancras Station. Formerly a Director of Food at Selfridges and Head of selfridges.com, Ewan was part of the team which saw Selfridges & Co twice awarded the status of Best Department Store in the World by its peers in the Intercontinental Group of Department Stores. Ewan has a strong background in retail, working with many major high street names since joining the industry. Food has always been Ewan’s passion and it has been the focus of his career. He is not only respected for his knowledge of food brands and his eye for spotting trends, but also for his ability to attract attention – at Selfridges, he initiated the “most expensive sandwich in the world” and other stunts to cement the store’s reputation as a destination for all serious foodies to visit.

Tanya was appointed to the role of Director of Samsung Showcase, KX in September 2018. Despite only being in the company 11 months, Tanya has already made a marked impact on the business, building and leading a team to develop, launch and operate Samsung’s first UK Showcase; Samsung KX – a 20,000 ft space at the heart of Coal Drops Yard in Kings Cross, London. With over 15 years’ experience across global leisure, technology & FMCG brands, Tanya brings a wealth of experience to Samsung. She has been instrumental in working with her team to bring the latest Samsung technologies to life with curated experiences that take inspiration from the local Kings Cross area where Samsung KX is located.

Envisaged as the ultimate place of discovery, Tanya’s commercial and strategic acumen will ensure Samsung KX delivers a brand experience like no other. Prior to joining Samsung, Tanya was Head of Marketing for the London Eye, part of Merlin Entertainments plc, a role she held for nearly four years. Prior to that, she was Head of Brand Experience at Exposure, where her key clients included Heineken, EE, Microsoft, Schweppes, Netflix and Activision.

Richard is Chief Executive Officer of Retail Economics, an independent economics research consultancy focused on the consumer and retail industry. He also sits on the Strategic Advisory Board at the University of East Anglia’s School of Economics, ranked in the top 10 departments in Economics in the UK.

Jon joined Klarna in 2014 as one of the company’s UK launch team in heading up the Enterprise Sales team. Over 5 years on, and following a successful Pay Later revolution in the UK, Jon has worked with some of the worlds largest fashion brands spreading the Klarna smoooth mantra globally. Jon is passionate about technology and the role it plays in influencing and changing buyer behaviour.