Klarnaut of the Month: Fraser Bissett 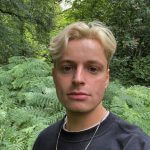 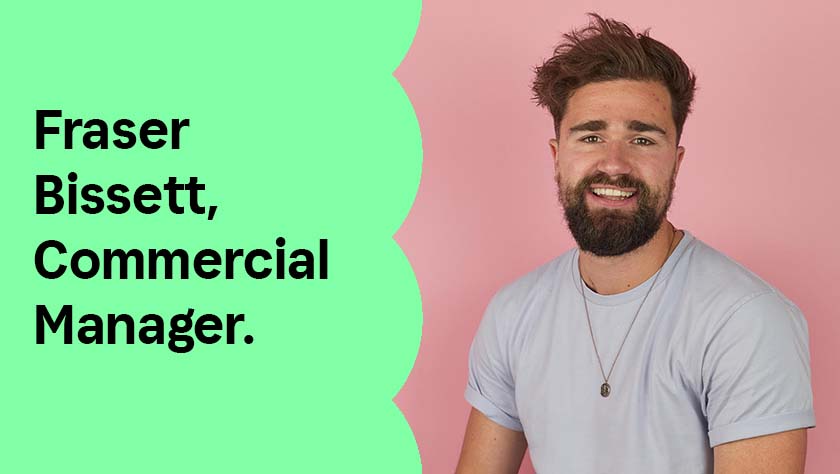 Curious to learn more about the ins and outs of Klarna? Desperate to get-to-know our super talented and diverse team? Well, we sat down with the recent recipient of our Klarnaut of the Month award – Fraser Bissett – to discuss his Klarna journey thus far, as well as a few other titbits…

What inspired you to work at Klarna?

I’d always wanted to work in tech and knew someone that started here whilst I was finishing university in 2016. I did a little stint in recruitment, decided it wasn’t for me and then spoke to that person about the opportunity to join and a few months later I was on board and 3 and a half years later I’m still going!

Can you describe working at Klarna in 3 words?

Never the same! Every single day is different and I’ve worn so many hats in the time I’ve been here, but it’s great to have so much experience and exposure to different areas of the business from day one.

What do you love most about your job?

It’s a cliché but the people make Klarna what it is! It’s absolutely not one of those places where you dread waking up for work in the morning, and that makes it special.

What is your biggest accomplishment to date?

In May 2019 I was asked to go and perform a review of the US Service Center in Columbus along with 3 or 4 other team members out of about 600 people who worked in the EU domain at the time. We got to spend a month in Columbus effectively reviewing and recommending organisational change and putting roots down for some of the operational strain the US was about to experience before it really took off in the months following. That trip culminated in writing a long report for the CxO’s and we could really see the impact that we’d had once we’d left. It was a huge achievement just to be asked!

What did you do that got you the Klarnaut of the Month award?

The award was given (or voted on) after we signed and launched La Perla when I was a member of the Merchant Success Team (Yellow). Back in November they had verbally agreed to launch in the US with a competitor, which was around the time I started working on the account. Given it was such a big luxury name, I made it my goal to make sure we had full market coverage and that we were chosen as their sole BNPL provider globally. Fortunately I must have done something right as we had a successful launch, which included the US, in late February. I can’t take all the credit though, a huge shoutout goes to Anoush and Brianna from the US team and Camilla from MST Yellow, among many others!

As a Commercial Manager it’s my job to act as a growth partner/consultant for our live merchants but also to bring new ones on board. The day to day, again is about wearing many hats; we work with marketing, analytics and various other competences with the ultimate goal of increasing Klarna’s market share and our share of wallet with each individual partner we work with, whilst helping to improve and grow their business along the way.

What surprised you about working at Klarna?

The speed at which we’ve grown, both in terms of the company itself and the personnel, although I suppose they come hand-in-hand. When I joined we were only around 35 or so people in the UK office and I saw a notification the other day that said we are officially now at 200 people. It boggles the mind a little bit and I feel like I’m the new person when I go into the office and don’t recognise people!

If you could have 3 dinner guests, who would you pick and why?

Tough question this… I’m gonna go with Obama to start with. Always been a big fan of his and I reckon he’d be decent value at a dinner party, plus if I didn’t say Obama my mum would be right onto me. Second, I think Marcus Rashford. I absolutely hate Manchester Utd but I think after everything he’s done in the last year he’s a cracking role model for just about anyone. Plus him and Obama already bezzie mates so the banter would be FLYING. Third, David Brent. Because you can be both a funny man and a great boss. They’re not mutually exclusive.

What’s your favourite purchase you’ve ever made using Klarna?

I don’t think I have a favourite but with my Mum’s birthday and Christmas sitting so close together, I think I become SpaceNK’s number one customer at that time of year.

Who is your role model?

I’m going to be boring and say my parents to be honest. My Mum’s quite a remarkable woman (with a remarkable temper: she’ll probably read this so need to make sure her head doesn’t get too big) and as I’ve got older I’ve found myself to be more and more alike with my Dad than I ever thought possible, so I must have taken inspiration from him at some point!

Got to be Smoooth Week 2019! Although Berlin chewed me up and spat me back out in a big way.

What did you want to be when you grew up?

I wanted to be a marine biologist from the age of about 3 up until I was 14 when I had a run in with an absolutely terrible Biology teacher at GCSE who put me off the subject for life. I could be working from a beach in Bali right now if it wasn’t for her!