16 Ways You can Help Save the Oceans with Klarna 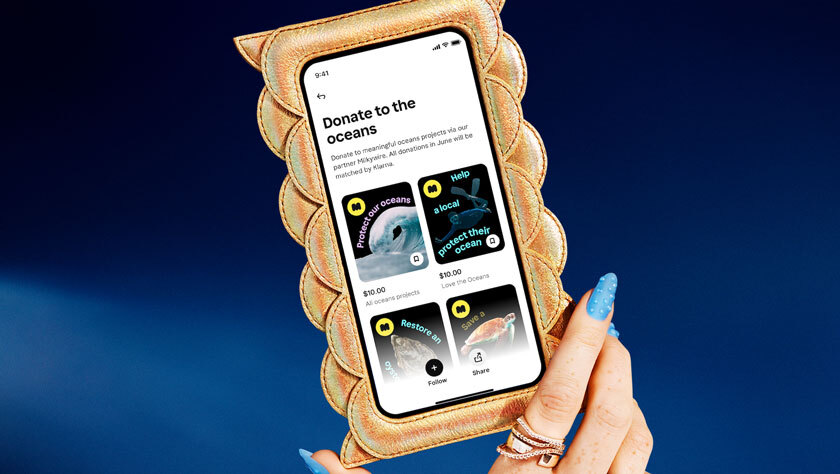 Well, let us explain by asking you a question in return: What do you think the world would be without the oceans? What would life look like if the oceans and everything in it were to disappear?

Oceans cover 70% of the world’s surface, making them the world’s biggest ecosystem. Consequently, all life on earth depends on the oceans’ health in one way or another. That includes your life, too!

But the Ocean’s health is in danger. Overfishing, plastic waste, biodiversity loss and global warming are just some of the threats that our oceans – and all those that depend on it – are exposed to.

What can you do about it, you ask? As an individual, you may feel powerless in the face of these massive challenges. You may think whatever you try to do will just be “a drop in the ocean”.

So, maybe the question should rather be: What can we do about it? One person’s efforts may not make a difference. But if you harness the collective will of thousands, or even millions of people,  then together, we can have an immense impact. At Klarna, our community of 150 million consumers and over 400 thousand retail partners offers exactly the scale we need to make a real difference.

That’s why we at Klarna are seizing the momentum of World Oceans Day to reveal our new Donations feature in the Klarna App! With Donations, you can join a community of donors and contribute directly to vetted high-impact organizations protecting planet health around the world. The feature also lets you track the aggregate volume of donations made by the community and learn more about the non-profits we’re supporting, making our collective impact more tangible.

Clare Brook, CEO of Blue Marine Foundation said: “Overfishing is one of the world’s biggest environmental problems. It destroys biodiversity, the oceans ability to act as a carbon sink and threatens livelihoods of communities who depend on the ocean for their income and food. The time to act is now. Hence, the financial support from Klarna and its community of consumers both in terms of scale and speed is invaluable in educating on the importance of our oceans and enforcing their protection.”

Now, if that hasn’t convinced you to take action, then we think this will: In support of World Oceans Day, we at Klarna commit to matching all donations made to ocean projects by you for the remaining month of June.

So, join us in protecting the Earth’s biggest ecosystem by starting small. Donate for World Oceans Day in the Klarna App today!

Note: Make sure you have the latest version of the Klarna App to be able to use the feature.

All donations will be handled by our sustainability partner Milkywire.