Harry’s CEO: How to build a successful business that gives back. 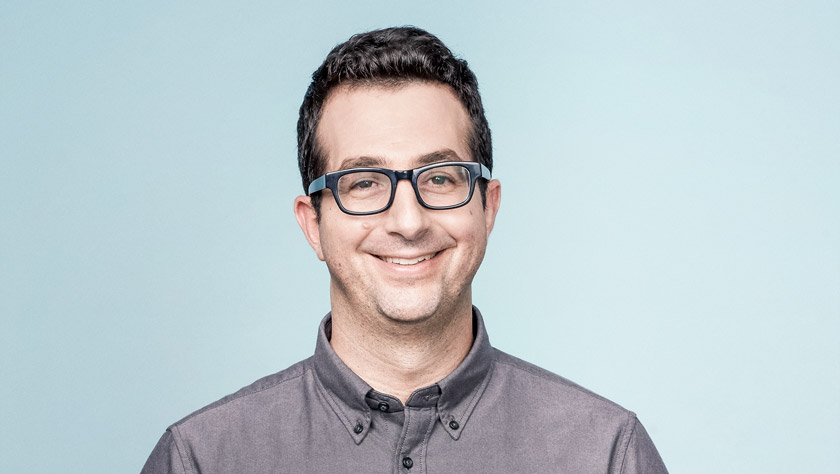 Klarna is on Clubhouse! Follow our club, Your Move, where we sit down with the most influential voices worldwide for conversations about the topics that matter most—from entrepreneurship and retail to sustainability and financial wellness.

Jeff Raider has built two wildly successful businesses—Harry’s, the men’s shaving and grooming company, which he co-founded and is the CEO, and Warby Parker, which he co-founded while in business school. The success both billion-dollar companies have enjoyed largely comes from their emphasis on giving back to their customers and communities. Warby Parker donates a pair of glasses for every pair purchased. At the same time, Harry’s has focused extensively on promoting better mental health for men by supporting groups and programs addressing the topic.

Raider joined Klarna’s head of strategy, Natalia Brezinski, on Clubhouse to talk about his journey to success, how Harry’s takes on the topic of mental health both within the company and for its customers, and his advice for doing big business while also doing good.

Ask what’s important to your customers.

When first launching Harry’s, Raider wanted the company to have a give-back component but knew a buy-one-give-one model wouldn’t be as impactful for a razor company as it had been for Warby Parker. So the Harry’s team set out to get to know its customers exceptionally well.

In response to consumers ordering their razors, Harry’s began sending follow-up emails communicating messaging along the lines of, “We’re here for you, we love you, and we want you to have a good experience with our brand.” The brand also added a line saying its staff was happy to help customers with anything—whether it had to do with Harry’s products or life in general.

Several surprising things happened next. First, 50% of their customers opened those emails, and 10% responded. Shopper feedback took on a lot of topics, but the consistent theme Raider and his team identified was mental health. Harry’s social mission was born.

By listening to its customers, Harry’s created a mission and program aligned with its customers’ concerns and dovetailed with Harry’s products. That natural pairing helps to foster more connection with the brand for its customers and makes it appealing to new people who are considering the brand.

Give people a way to connect and feel heard.

A brand doesn’t have to be friends with its customers, but at the same time, “what we recognized is people just wanted other people to talk to, to engage with, to relate to,” Raider said, looking back again to the founding of Harry’s.

Giving customers a place to be heard and allowing them to see how Harry’s incorporated shopper feedback into their corporate values and efforts is part of the reason Harry’s has such loyal customers. People love to shop with their values, and along with a stellar product, Harry’s offered the chance for people to be a part of something larger than themselves—something helping the world and making it better.

As the pandemic unfolded, Harry’s saw a crucial mental health need among its employees. They offered employees mental health moments—mandated days off every month that they could use at any time. While employees appreciated this, Harry’s soon discovered it did not necessarily benefit everyone. Because some people were online and others were out for the day, those off for the day couldn’t fully relax or take the day for themselves and adequately disconnect, either through guilt or just because they kept getting pinged.

The solution: Harry’s started mandating company-wide days off. “We tried to create space for people to be able to process,” Raider said. And by giving everyone an equal time away, no one felt like they were letting the rest of their team down. Giving the entire company the time off brought everyone closer together and provided much-needed restorative space.

While the individual days off idea came from a good place, that plan didn’t fully incorporate how people would actually engage with it. By taking a different tack, the company could help its employees even more and give them real opportunities to unwind and step away and not feel guilty.

Leaders should offer opportunities for feedback—in both directions.

Raider says an essential piece of Harry’s success comes from its corporate value, “Improve always.” For Raider, one of the most useful ways the value comes to life is through feedback. “In conversations with my direct reports, we leave time in our 1-on-1s for feedback” for them and Raider. “It’s so helpful if you want to grow as a person and as a leader. It’s so important to know where and how you can improve.”

By giving specific space for feedback, business leaders have a chance to fix challenges before they become full-on problems. They can also expose blind spots and move past them, building a solid culture of trust and cooperation. When people know they’ll be heard and know where they stand and what they need to work on, they can be far more successful than if they’re in the dark, unaware of what needs fixing. And when they know leaders are also asking for that feedback, it brings people together and inspires them, knowing they can voice anything and see changes.

Learn how Klarna gives back.

Ohi CEO: How to offer faster delivery and also be good for the environment.

Gen Z and Millennials are heading to malls for holiday shopping.