How Klarna created a global marketing campaign with A$AP Rocky. 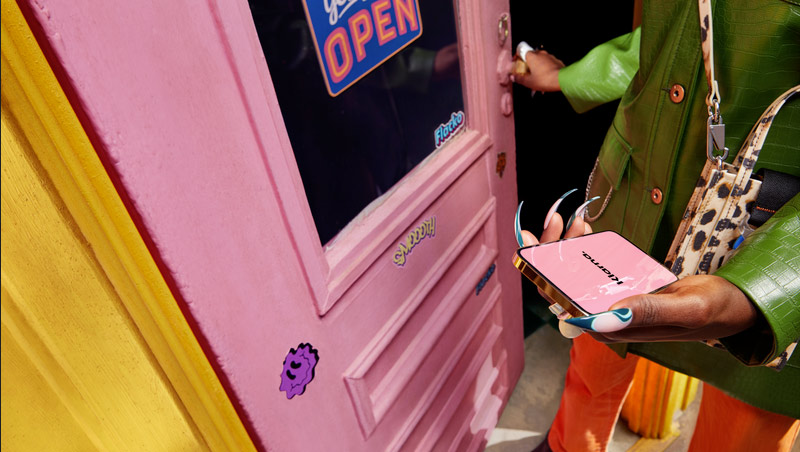 Over the summer, Klarna teamed up with musician, entrepreneur, and style icon A$AP Rocky, to encourage shoppers to drop their lockdown looks and refresh their style. The global campaign, which went live in 14 markets, included a hero film starring A$AP Rocky, the #getsmoooth social media challenge inviting consumers to share their new looks, our brand’s launch on TikTok, and more. Here’s how we approached creating a comprehensive campaign.

Nothing attracts attention like a big reveal, and A$AP Rocky kicked off our campaign by announcing he was joining as an investor in Klarna, and as part of the deal, stepped in as our CEO for a day. He also joined our GiveOne sustainability pledge by donating 1% of his investment to Kenya’s Miti Alliance, which plants millions of trees to reverse deforestation.

Having not released a full album since 2018, A$AP Rocky added to the spectacle by teasing an as-yet-unreleased track in the short film headlining the campaign. Stepping out from his CEO spot, A$AP Rocky showed his joy in getting dressed up again in the video, and his sharing the unreleased song brought attention and awareness to Klarna from a whole new set of fans. We produced short-form versions and an extended cut for the fans to further extend the reach of the campaign message.

The campaign film earned over 5 million combined views on YouTube, and hundreds of press articles covered the launch, including features in Forbes, Hypebeast, GQ, Complex, and more.

Getting smoooth again, with curated looks.

Having created a stir, we wanted to emphasize the point of the campaign—making up for lost time and refreshing your style. As a known style icon, A$AP Rocky created exclusive capsule collections of his favorite vintage clothing items on Klarna, bringing fans into the fun. We also teamed up with an expert in fashion psychology to share the science behind how dressing up can affect one’s mood.

The #getsmooothchallenge was announced on social media; all shoppers needed to do was upload their best post-lockdown style look, and tag Klarna for the chance to win A$AP’s favorite vintage items. Shoppers couldn’t get enough, and we saw huge upticks in Klarna searches, increased Instagram engagement, hundreds of YouTube comments, and our content was re-posted by popular music and pop culture accounts, reaching tens of millions of followers.

To reach more people, we met shoppers on Snapchat with a custom Snap lens and also amplified our #getsmoooth challenge by partnering with TikTok fashion influencers. All told, shoppers spent over a decade of cumulative time playing with our lens on Snapchat, and our campaign received hundreds of millions of views across platforms.

Across the board, shoppers became more aware of Klarna as a result of the campaign, with our A$AP collab, short film, and open #getsmoooth style challenge generating the highest engagement among younger shoppers, music fans, and style enthusiasts alike.

By tapping into engaged audiences with shared interests, working with talent to tell a compelling story, and getting consumers in on the fun, brands can both attract shoppers’ attention, and get them more involved with a product or service organically.

See how Klarna can take your business to the next level.

Your Money Story is here! Find out what you spent in 2022.

Mobile is upending how people shop. 3 ways retailers can succeed.

Empathy in business: 3 win-win strategies for your customers.