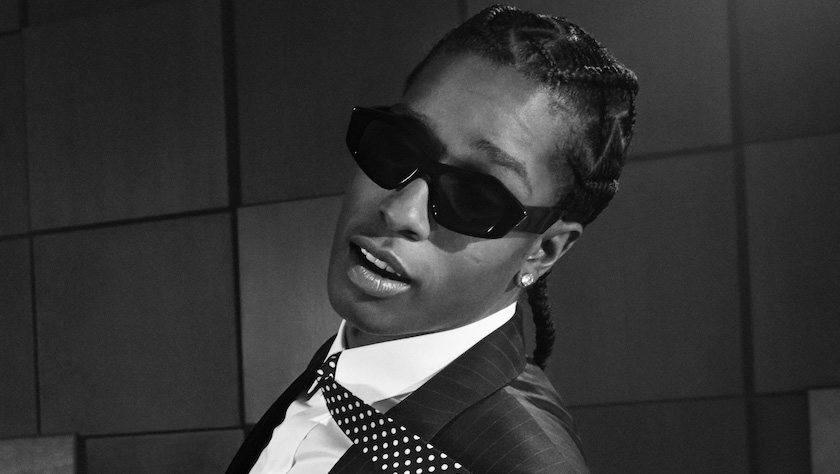 What motivated the multi-talented style maven? Rocky told Forbes his experiences growing up in Harlem played a major role in his decision. Watching people from low-income backgrounds struggle to make payments—particularly on interest-bearing student loans—led him to conclude, “You’re setting yourself up for financial debt. There’s no system that helps us deal with things when it comes to student loans, the IRS, banking or credit.”

Rocky continues, “Klarna is a company that looks ahead and challenges the status quo, which makes partnering with them so appealing to me. It’s a radical way to approach the crediting system. It helps people with financial literacy.”

Klarna is equally impressed with the artist’s innovative ideas.

“A$AP Rocky defies categorization; a musician, actor, philanthropist, an opinion leader in style, and fundamentally someone who understands what the public wants from so many vantage points,” said Sebastian Siemiatkowski, founder and CEO of Klarna. “As the consumer experience in retail now demands discovery, curation and sustainability, we at Klarna have a lot to learn from him.”

Through Rocky’s partnership with Klarna, the designer, who’s previously collaborated with Gucci, DKNY and Dior Homme, will curate exclusive content in the Klarna shopping app focusing on upcycling and vintage fashion.

As the rapper told Forbes, he believes Klarna is his best investment yet. “I’m really hands-on involved. It’s a no-brainer.”

You can’t get much more hands-on than serving as CEO for the day, which Rocky did on June 1, 2021, giving Sebastian a well-deserved day off after 16 years at the helm.

Check back for updates as Klarna’s partnership with Rocky evolves in new and exciting ways.

Circularity at Klarna - An interview with Alexandra