More than 1 million Vibe members now get multiple rewards to choose from. 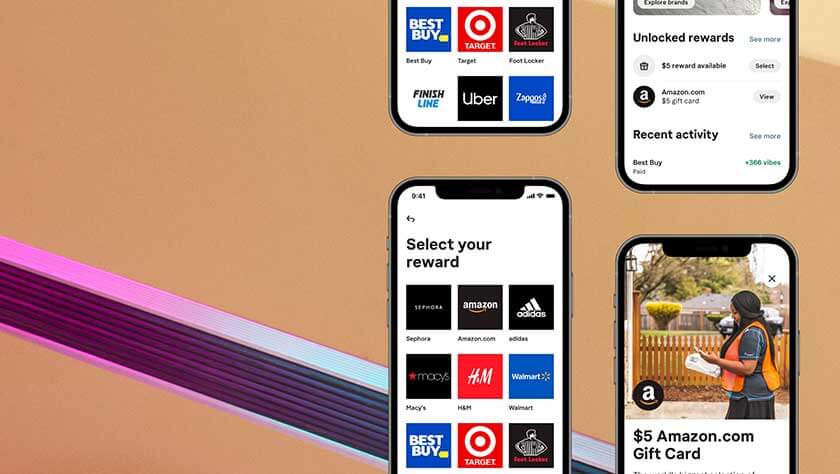 Klarna’s rewards club Vibe has been a huge success among shoppers. More than 1 million US and Australian consumers have joined since the launch last summer. Now, members can choose gift cards from a bigger variety of their favorite retailers.

At Klarna, we go above and beyond to offer shoppers the best possible end-to-end experience when buying things they love, both online and instore. This includes giving rewards to shoppers who use our services and make their payments on time.

Last summer Klarna launched its very own loyalty rewards club Vibe, which was the first of its kind among companies offering buy now, pay later services. Vibe has been very popular among shoppers, with more than one million joining in the first six months after it was launched in the US and Australia. And the number is steadily growing as more consumers discover all the benefits of shopping with Klarna.

Since the launch, we have continuously asked members how we can improve our rewards club even more. One of the most common responses has been that shoppers want a bigger selection of retailers that they can retrieve gift cards for. We have listened, and are now rolling out a much bigger variety of retailers to choose from, based on the users’ preferences. Amazon, Walmart, Adidas, H&M, Uber, Sephora, eBay, Footlocker, Macy’s, Saks Fifth Avenue and American Eagle are some of the most popular brands that are included in the program.

So far, more than 500,000 gift cards have been claimed by Vibe members to use at their favorite stores.

Joining Vibe is completely free of charge for anyone who uses the Klarna app. The program applies to all purchases Vibe members make directly through the app, no matter the store, and also when using Klarna at over 200,000 partner retail stores globally. Program members earn one “vibe” (point) for every $1 spent once they’ve paid off the item, and vibes can be redeemed for rewards such as gift cards.

As a member, shoppers can get all the Vibe perks plus those offered by the retailer. Double down on loyalty points, discounts, and all that good stuff.

As we continue to iterate the program, we are overwhelmed by the positive feedback we’re getting from Vibe members. In a survey, more than 80 percent of members told us that they’re happy with the new loyalty program.

“With everything that’s going on with the pandemic, a reward every now and then is really nice to receive,” one Vibe user said in the survey.

Don’t miss out on the opportunity to earn tailored rewards! Join Vibe today and earn points when shopping with Klarna at your favorite retailers.