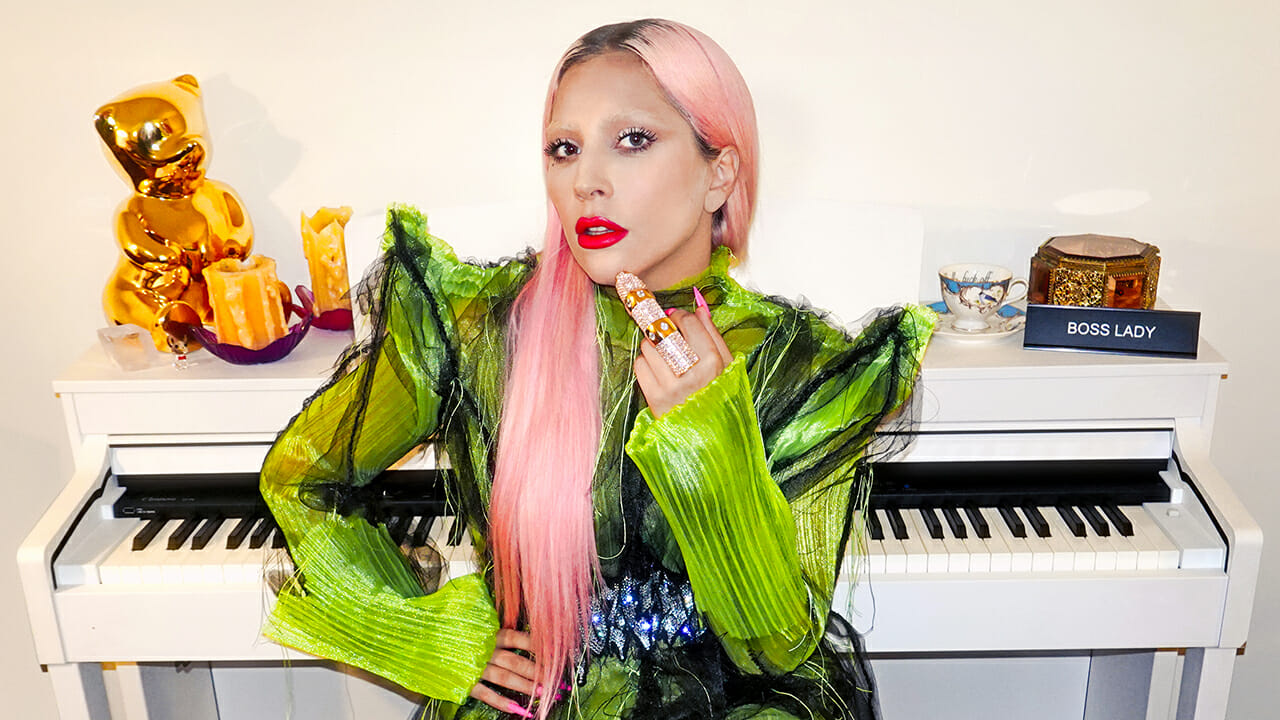 Her ring of choice was the ‘Knight Finger’ ring created by fashion activist B. Åkerlund for Klarna.

In the ultimate act of female empowerment, pop phenomenon Lady Gaga has put a ring on her own finger to celebrate that we are all free to propose to anyone at any time.

The ‘Knight Finger’ ring was recently launched by Klarna, together with fashion activist Bea Akerlund, to give the finger to outdated traditions. This year being a leap year – is when according to tradition it is only then acceptable for women to propose to their partner on February 29. Klarna believes that everyone should get what they love, and not have their decisions dictated by rules or outdated traditions.

Lady Gaga responded to Klarna’s message of empowerment by saying ‘yes’ to herself with her 180 million followers on social media as witness.

In an exclusive comment for Klarna, Lady Gaga explains:

“For my entire career, I’ve taken pride in using my voice to stand up for what I believe is right. So I am excited to work with my friend B. and Klarna to celebrate how far we’ve come as a culture, and call out the work we need to continue to do. The idea that a woman can only propose to a man one day every four years is so completely ridiculous! Anyone who knows me knows that I believe any person of any gender identity should be able to express any act of love to anyone else on ANY day of ANY year. So in an act of defiance of this outdated tradition, I decided to say yes to MYSELF! And wear this ring today with pride to remind myself and everyone that the only permission you need to love comes from within you”

“Just like Lady Gaga, we at Klarna believe that if traditions go unchallenged, the status quo prevails. Why should we settle and conform to societal and industry expectations just because? The Knight’s Finger ring was created as a symbol to enable everyone to express love on their terms to whom they wish, just like our millions of shoppers can get what they love every day with Klarna”

Comment from the designer of the ‘Knight finger’ ring, fashion activist Bea Åkerlund;

“The Knight Finger was designed to inspire us all to fearlessly love on our own terms and cast aside traditions of the past to define our own futures.” says Åkerlund. Lady Gaga is a knight in shining armor, defeating all that stands in her way. She is TRULY an inspiration in creating her own rules to express her true self. It’s an honor that she chose to put my ring on her finger”.

Stefani Joanne Angelina Germanotta, better known as Lady Gaga, is an American singer, songwriter, and actress. A true style chameleon, she is one of the world’s best-selling and most influential musicians. As well as her groundbreaking accomplishments in music and film, she is a philanthropist and social activist for mental health awareness and LGBT rights.

Klarna is the pioneer and global leader of buy-now-pay-later and the future of shopping. With 85 million+ customers and 200,000+ merchants, Klarna allows consumers to purchase products that enhance their day-to-day lives, while creating a smooother way to shop and pay. For more information, download the app or check out Instagram at @klarna.usa

About the Knight Finger

The ‘Knight Finger’ ring is made of gold vermeil and features 246 rose pink and four crystal stones in pavé settings. The limited-edition ring is available on hbx-klarna.com/ as part of an exclusive partnership with HYPEBEAST.

All proceeds from the sale of the rings will go to Dress for Success, an international not-for-profit organization that empowers women to achieve economic independence by providing a network of support, professional attire, and development tools to help women thrive in work and in life.

Swedish born fashion activist and costume designer, B. Åkerlund, is known for her innovative and over the top style which has influenced the industry for over 20 years. Akerlund has worked with every A-list celebrity in the industry including Beyoncé, Madonna, Lady Gaga, Rihanna and Britney Spears, to name a few. B is the co-owner and curator of LA’s VIP showroom, The Residency Experience. With her creativity, Åkerlund’s is able to transform visions into realities and has the power to express personalities through style.

B. works flawlessly and effortlessly between the world of film, fashion and music bringing with her a diverse appreciation for individualism. It is this sensitivity to stylistic individualism that has helped B. become an institution of her own. www.bakerlund.com

About Dress for Success

Dress for Success is an international not-for-profit organization that empowers women to achieve economic independence by providing a network of support, professional attire and the development tools to help women thrive in work and in life. For more information visit https://dressforsuccess.org

Klarna partners with Sephora for a more flexible shopping experience