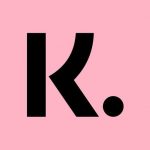 When mistakes happen and our promises to our consumers and merchants are broken, it is necessary for us to work tirelessly to regain the trust of our consumers and merchants. As part of our commitment to transparency and openness, we want to share this summary of what happened. We sincerely regret this issue ever occurred, we will ensure a thorough investigation and are committed to take all necessary actions to prevent this incident from recurring. If you have questions regarding the issue or if this has impacted you as a merchant or consumer, you are more than welcome to contact our customer service via the Klarna app or merchant support via Klarna.com or Merchant Portal.

Overview of the issue:

On Oct 2, 2021, from 08:30 CEST Klarna started to observe disturbances in our systems primarily in Europe. These disturbances grew in criticality over the next hour, resulting in difficulties for a subset of our consumers and merchants to complete purchases through Klarna until 14:10 CEST on the same day. We know for certain that the issue was the result of slowness of one of our central systems which is used for the logging of operational data – not a volume-related performance issue, security breach or an external attack. No consumer data was impacted during the issue.

This slowness caused disturbances that affected the ability of consumers to pay using Klarna’s services at a subset of merchants as well as paying with their German Klarna card for online transactions and setting up a savings or payment account with Klarna. Our consumers in the Nordics were the most impacted. We made a number of conscious decisions during this period to maximize the functionality of payments and purchases for consumers and merchants. This included moving merchant traffic to unaffected systems, increasing server capacity for critical services, as well as closing the Klarna App during this time. This meant that not all consumers in Europe were able to access the app as usual until 16:17 CEST.

At the first sign of disturbances, we assembled relevant teams and followed our company wide routines for handling incidents. This immediately initiated multiple dedicated teams and work streams to focus only on resolving the issue and mitigating any wider business impact. As soon as the criticality of the disturbances increased, we decided to activate our crisis management team. The teams worked relentlessly on the issue and at the same time to enable as many transactions as possible for our consumers and mitigate business impact for our merchants. Several important actions were implemented and as a result of these actions, payments through Klarna substantially resumed by 11:20 CEST. All consumers were able to pay using Klarna as normal again by 14:10 CEST. We then began to gradually resume Klarna App services for consumers, which was fully operational again at 16.17 CEST.

Detailed timeline:
All times CEST
2021-10-02 08.30: First signs of disturbance to our systems observed. Engineering teams started to investigate and work on fixing and mitigating the problem
2021-10-02 09.15-10:19: The disturbance was escalated to a critical level and the Crisis Management Team was engaged.
2021-10-02 11:20: Klarna Payments starts to recover for many merchants but not at full capacity.
2021-10-02 14:10 Klarna Payments and Klarna Checkout were fully operational again and transacted at full capacity as normal.
2021-10-02 16:17: Klarna App fully available again for all consumers.

If you have any further questions, do not hesitate to contact our customer service via the Klarna app or merchant support via Klarna.com or Merchant Portal or your dedicated Klarna contact.

Was any personal data exposed?
No consumer data was impacted by the issue.

We made a number of conscious decisions during this period to safeguard the functionality of payments and purchases for consumers and merchants. This included closing the Klarna App during this time. This meant that not all consumers in Europe were able to access the app as usual until 16:17 CEST.

Sofort bank transfer was not impacted.

What countries were affected?
The disturbances primarily affected Klarna services in Europe.

What was the impact on transaction volumes?
Compared to the expected number of daily transactions for Klarna globally we saw a decrease of 9%.

What’s being done to prevent this from happening again?
We are currently working on the root cause analysis and future mitigating actions which we aim to publish during the week of October 11th.

Can I see the RCA?
We are currently working on the root cause analysis and future mitigating actions which we aim to publish during the week of October 11th.

Have you reported to the authorities?
Yes, Klarna has reported as required to relevant authorities.