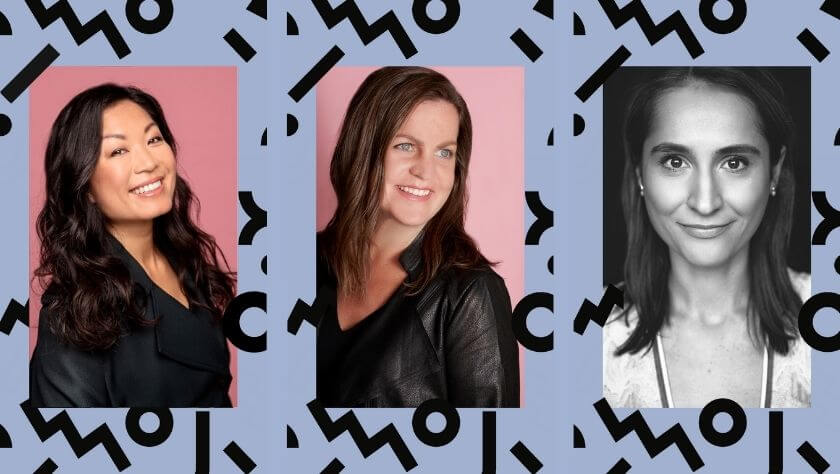 Where did you start your career, did you always know what you wanted to do?

Camilla “When you look back at choices you have made, it all seems more planned than it was. I had absolutely no clue about careers when I was in my early twenties. After university, I wanted to go to London and New York City so I applied for a job at JP Morgan. At that point in time, around 2004, I was also attracted by investment banking since it seemed to attract so many of my male peers at the Stockholm School of Economics. I wanted to find out why! Also, these banks have outstanding training programs and provide a great first professional experience. Great people and great learnings made me stay in this industry much longer than I would have initially imagined.”

Megan “I didn’t even know advertising or marketing was a thing when I initially went to college. I was the only one of my friends that was oddly good at math so I started to explore finance and economics to pursue big dreams of working on Wall Street as a stockbroker. I was chasing a powerful vision of being one of the few women on the trading floor until I took an intro to advertising class where my creative energy took over my plans. So, I changed my course and was then determined to become an advertising exec in the big apple. One of my first ad jobs was working on a financial services brand so to me, it was the best of both worlds.”

Natalia “When I was a little girl, my mom would bring me to work and tell me to sit in the corner and “keep quiet and busy.” I would sit in her office, observe people and write stories about them all day long! I knew from a very young age I wanted to connect with people and share their stories. Through these stories, I wanted to help people see their inherent goodness and lift up the best of them. Through that, I wanted ultimately to challenge convention and establishment in all aspects of humanity and leadership. I’ve managed to weave in challenging the establishment, creating a sense of belonging and connection, and story-telling across every environment I’ve found myself in- diplomacy, journalism, tech and fintech. Leveraging the power to convene for impact, inspiration and change is the guiding principle in my career and my driver as a human being.

What are the greatest challenges or frustrations you face as a woman at the top (if any)?

Camilla “If you are the only one of your kind you tend to be more visible, especially at more senior levels. That means your success will be more visible, as well as your failures. Therefore I think it is quite common that female executives work harder, try harder and feel they need to prove themselves more. We sometimes give up earlier or need to be more courageous because of that.”

Megan “There have been several times in my career where I’ve witnessed a woman’s point of view isn’t as respected or supported as her male counterpart, and that there were higher standards women were held to. What these kinds of challenges lead to is believing that you have to constantly prove yourself. As women, we often not only have to fight for a seat at the table, but to also be heard once we are there.”

Natalia “My husband was appointed as the U.S. Ambassador to Sweden and I received a contract from the U.S. State Department soon after to serve as a quasi “tech Ambassador” and work alongside him on innovation, women’s leadership and connecting Stockholm to Silicon Valley more closely. The first thing I did was takeover the guest list for high level events we hosted at the Ambassadorial residence. The old guest list was filled with the same older, white men, and I began to fill it with young entrepreneurs, diverse young people and especially women. I was literally obsessed with giving women a seat at the table. Often, I feel we are just too complacent with making the effort to seek out and engage new female voices. We engage the people we are comfortable with, instead of seeking discomfort which actually leads to innovation. My personal pet peeve is judgment and judgmental people. I am radically open when it comes to personal identity and how people want to live their lives. I don’t use the word hate often, but I truly hate people who judge women on their choices and voices. That judgment scares women off from becoming leaders. I will crusade against it for my entire life if I have to!”

What accomplishments are you most proud of?

Camilla “For me the accomplishments of the team and company are more interesting. Since I joined four years ago we have become a bank, changed our operating model and started investing in growth, meaning international expansion and new products and features. Our valuation is 15x higher than it was in 2017. It is amazing and I am grateful to be part of building this and proud to be surrounded by such amazing people here at Klarna!”

Megan “I could talk about some of the work I’ve done in my career that I’m proud of, but that alone is not what actually keeps me going. What I’m really most proud of is being part of the explosive growth and transformation that has happened over the last year for Klarna US. When I started at Klarna, I was basically a team of 1 and not many people yet knew Klarna in the US. Since then, I have recruited and surrounded myself with incredible, ambitious talent and am proud of fostering an environment of collaboration, comradery, constant ideation and pushing the boundaries. This magical mix of talent, ideas and creative energy only leads to great things.”

Natalia “My daughter Aurora, and the fact that she challenges every single gender norm and stereotype vociferously and has been ardently been calling herself a feminist since age 8!”

Any advice to future female leaders?

Camilla “I believe there are structural reasons for the low share of female leaders. Change requires courageous and forward thinking individuals to take a lead in creating better prerequisites for inclusion at work. We are fortunate to have such a leader in Sebastian Siemiatkowski. For those who don’t, they need to aspire to become that individual. Also, to everyone, pay it forward more! Recommend and support great leaders. Support and include early on in people’s careers, and don’t stop when they become more senior. Great leaders will continue to listen to feedback and advise even as they advance in their careers.”

Megan “Don’t shy away from hiring people around you that are smarter, quicker or more creative than you are. This will make you stronger. Know your worth. You likely won’t get what you want (and deserve) unless you ask for it. No one will fight harder for you than you.”

Natalia “Listen, be open, see things from many different angles, but follow your gut and your heart.”