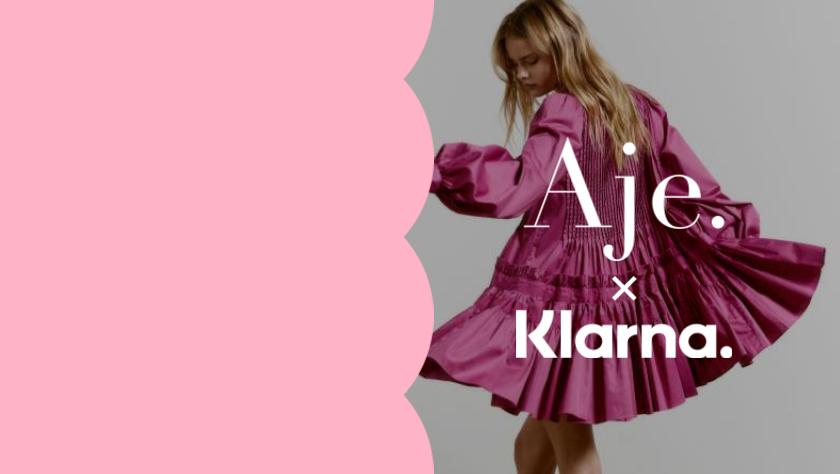 The campaign was activated both in-store and online and we made sure to create a buzz. Klarna was the headline sponsor of Aje’s runway show, launching their new Resort 22 collection at The Calyx, adding to the beauty of the collection and the impact of the campaign. The show was amplified by Klara’s squad of influencers, including the likes of Nadia Fairfax and Jessica Nguyen, joining the campaign to share their favourite Aje pieces making sure that the brand’s dedication to raw beauty and tough femininity truly got a voice.

Adding to this, Aje’s new pink collection dropped as the partnership launched, just before Mother’s Day, with those who purchased in-store with Klarna receiving a $50 bounce back offer and a free bunch of flowers. With Klarna’s in-store solution customers can shop anywhere and pay in 4 in-store. Shoppers create a digital card in the Klarna app and with just a few clicks they can pay anywhere, for a smoooth experience both online and in physical stores. Aje was also heroed in Klarna channels during the campaign, featuring prominently in the Klarna app through in-app articles, curated shopping lists, push notifications and featured store spotlights. And we’re just getting started! Watch out for another Aje moment coming up.

Do you want to partner up for your next campaign? Get in touch.

New to the Klarna fam in May.

Payment flexibility in-store and online with Hairhouse and Klarna.