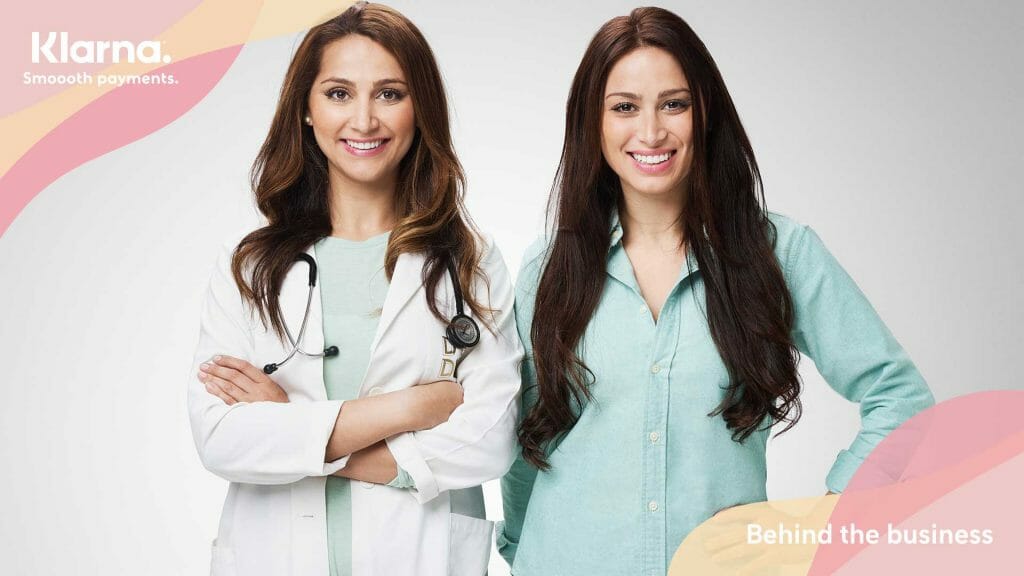 Intimate care is a delicate subject that most people keep to themselves. But many women and men are struggling in silence. The Swedish startup DeoDoc's mission is to break this taboo and improve the quality of life for those people. Behind the company are two sisters, Hedieh and Hasti Asadi, who want to show that being young, female, and from a foreign country are no obstacles to building a global business.

“There’s a big taboo around what we’re doing. It’s a big issue for many people, but there aren’t many discussions about it,” says Hedieh Asadi when we sit down in DeoDoc’s small office in Stockholm.

Talking about intimate hygiene can be difficult, even with your partner or closest friend, but problems with odour, sweat and irritated skin are surprisingly common. It doesn’t help that the products that are supposed to take care of these issues are often inferior – not to mention how they look. As the sisters noticed this market gap, an idea took shape: Let’s create products that are medically tested and proven to work, as well as having an appealing design.

“There hasn’t been any product development in the intimate hygiene area since the ’80s. Consumers have had maybe one or two brands to choose from, and they all have packages that you really don’t want to show off in your bathroom. We wanted to create a product that feels neutral and can be on display without making the user feel ashamed,” says Hasti Asadi, younger sister and CEO of DeoDoc.

Their entrepreneurial journey started five years ago when Hasti was a student at the Stockholm School of Economics and Hedieh worked as a doctor. The idea behind DeoDoc came from their own experiences as well as stories from other people Hedeih met in her line of work.

“A lot of patients told me that they had issues with their intimate hygiene products. We discovered that they have the wrong pH value which does more harm than good. Gynaecologists actually call the products that are sold in Swedish pharmacies ‘rat poison’. We realised that we had to do something about it,” Hedieh explains.

The sisters decided to participate in a startup contest at the Stockholm School of Economics and ended up winning it.

“One of the guys in the jury then approached us and asked if he could invest in us. That’s when we realised that we were really on to something,” says Hasti.

Parents were hard to convince

Starting their own company was the next logical step for the sisters. But it was far from easy to convince everyone around them that it was the right move.

“Our family originally comes from Iran, and one of the finest things you can be in our culture is a doctor,” Hedieh says. “I was a doctor, on my way to becoming a surgeon, which our parents were very pleased with. So I didn’t tell them about this until three months after I’d quit my job. They were not very happy about it, to say the least.”

“They said I was a lost cause because of my choice to study economics. But now I had dragged my sister into it as well. There was a lot of resistance from them in the beginning.”

Despite their parents’ discouraging words, the sisters decided to go all-in on their own vision. A lot of inspiration and support came from Doctor Gunvor Ekman-Ordeberg, a professor of gynaecology with decades of experience in the field.

“She said ‘Go for it! You will face resistance in the beginning but so do all great ideas’. She is one of the coolest women we know and has stayed with us as an advisor ever since.”

How is it to run a company with your sister?

“I don’t think it would have been possible to do this if we weren’t sisters,” Hasti says. “We have the same drive and a common goal. We know our strengths and weaknesses, and we complete each other. That’s important since starting your own business is a tough journey. We didn’t have any salary for the first three years. That can easily cause conflicts if you’re doing it together with someone you don’t know that well.”

What are your biggest motivations?

“It’s partly a feminist thing, to empower women with knowledge and solutions to a common problem. 3 out of 4 women get a problem with yeast infections at some point during their lifetime, and it’s not fun to live with. We can improve the quality of life for many people,” Hedieh says.

“The other part is to shake up an industry like this, which is a bit taboo and that’s been dominated by big pharmaceutical companies that are run by men. They don’t know anything about the complexity of the female body,” says Hasti.

“But the most exciting thing is when people are thanking us for our products and how they’ve changed their lives. I remember one woman who hadn’t dared to have sex for ten years because of her problems. To change someone’s life like that is fantastic.” 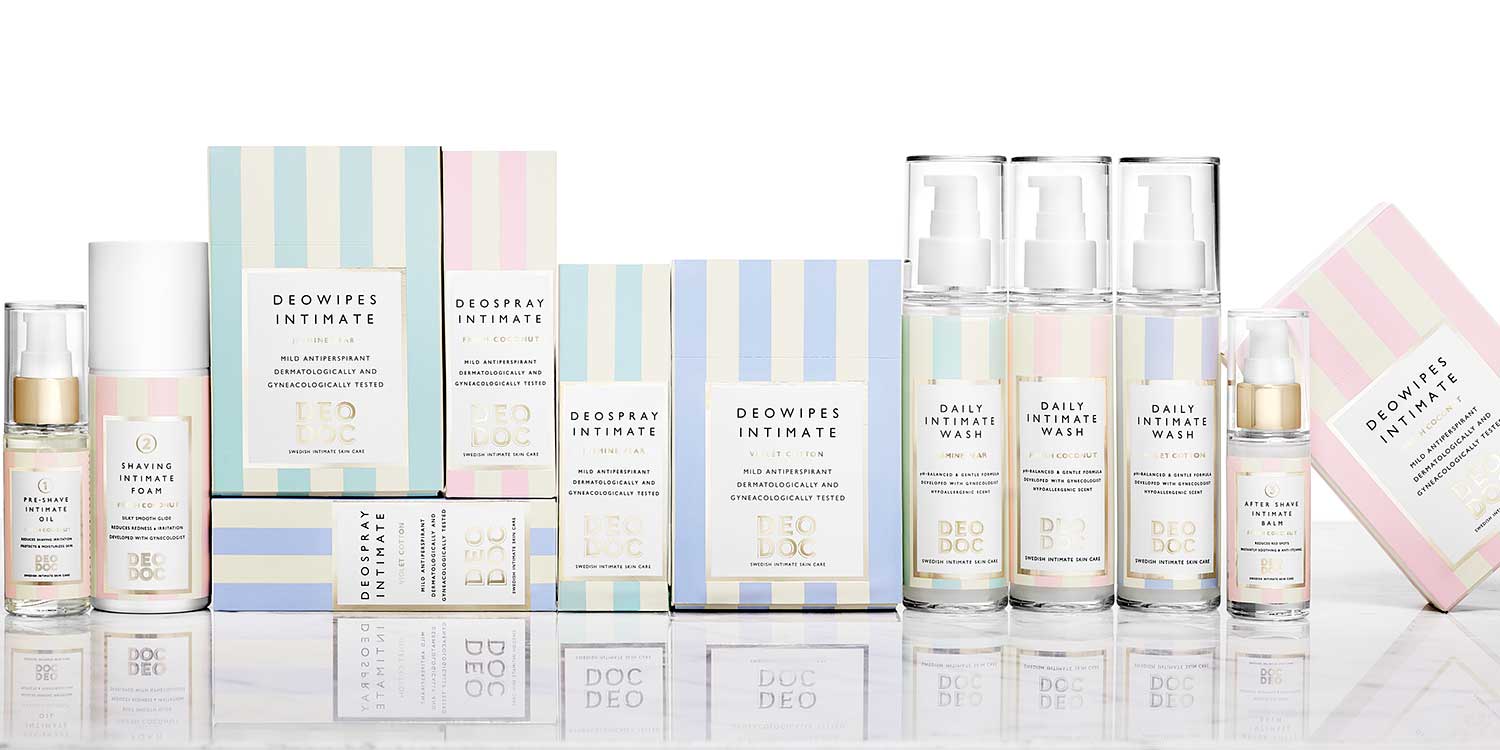 The freedom of being your own boss

DeoDoc has been growing slowly but steadily since the start, both in terms of new products and new markets. The brand originally only developed products such as intimate deospray and soaps for women, but now they sell products for men as well. Hedieh and Hasti are now able to make a living out of chasing their dream.

“We want to conquer the world with our products because we know this is a global problem. We hear the same stories from women regardless of where we go.”

What are your biggest challenges?

“We grow organically, so we must be selective with the markets we enter. That makes the whole process a bit slower. If we had external financing we could start selling to many countries at once.”

How come you’re not doing that?

“We want to be in control of the company to make sure that we’re making really great products. We don’t want other people’s opinions to rule what we focus on.”

Acting as role models for others

Female entrepreneurs are not as common as male ones. How do you see yourself as a part of a movement to change that?

“We want to be role models. We’re young women, as well as immigrants, without a strong network to rely on. Still, we’ve been able to succeed. We hope that we can inspire others in similar situations to start their own businesses.”

What did you sacrifice along the way?

“It’s been a lot of hard work and long hours without any immediate reward.” says Hasti. “We didn’t have a salary for three years so we had to do extra work on the side to make ends meet. If you consider that I have a business degree you’ll realise that I could’ve earned a lot more. I’m 29 years old and have just been able to buy my own apartment. But that’s what you must be prepared to sacrifice. In return, you get so much more that can’t be measured in money.”

“It’s on a completely different level” Hedieh agrees. “It’s a spiritual satisfaction that can’t be expressed with numbers. We were meant to do this. My colleagues, my friends and our family all said we were crazy. But I remember us saying to each other: We’ve never been this poor but we’ve never been this happy.”

What do your parents think now that the company is doing well?

“Our dad is still a bit hard to convince, but now he’s helping us out with the business. For our mom, it was probably when we started to win different business competitions that she changed her mind. She saw that a lot of powerful people believed in our idea. So she actually took a mortgage on their house in order to help us finance our first batch of products.”

This interview is a part of the series “Behind the Business”. Read more about it here. 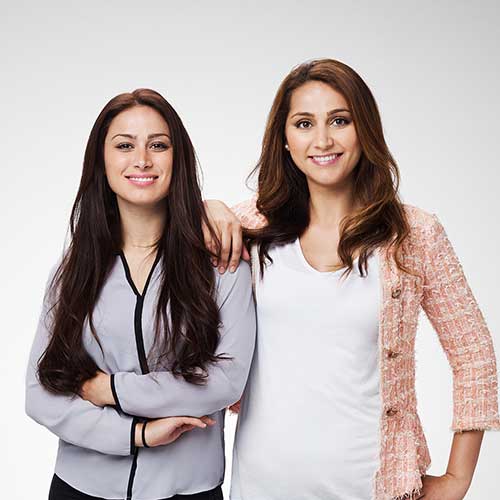 How to Become a Great Entrepreneur

1. Don’t be afraid. We have a fantastic social security system in Sweden. You won’t end up on the street even if you fail. But remember that it takes a lot of hard work to succeed. You will need to sacrifice a lot of things.
2. Compete! There are so many different startup contests that you can take part in and test your business idea. There is plenty of money to be won as well to give you a flying start.
3. Believe in yourself. If you don’t do it – nobody else will.
4. Don’t listen too much to what old men say. They don’t always know best.
5. Trust your gut feeling. It never lies.
6. Learn how to negotiate. We routinely halve the offers we get. 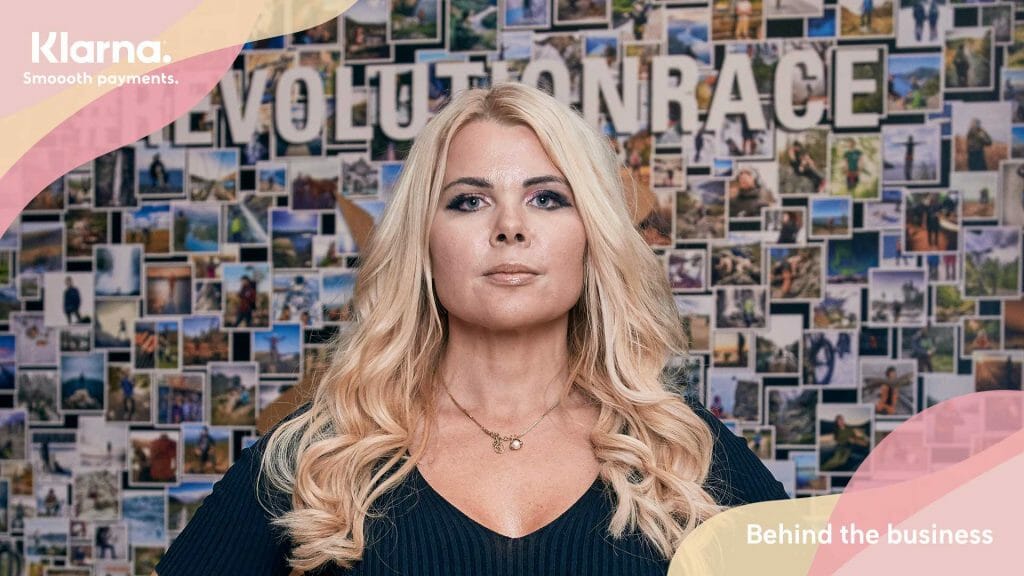 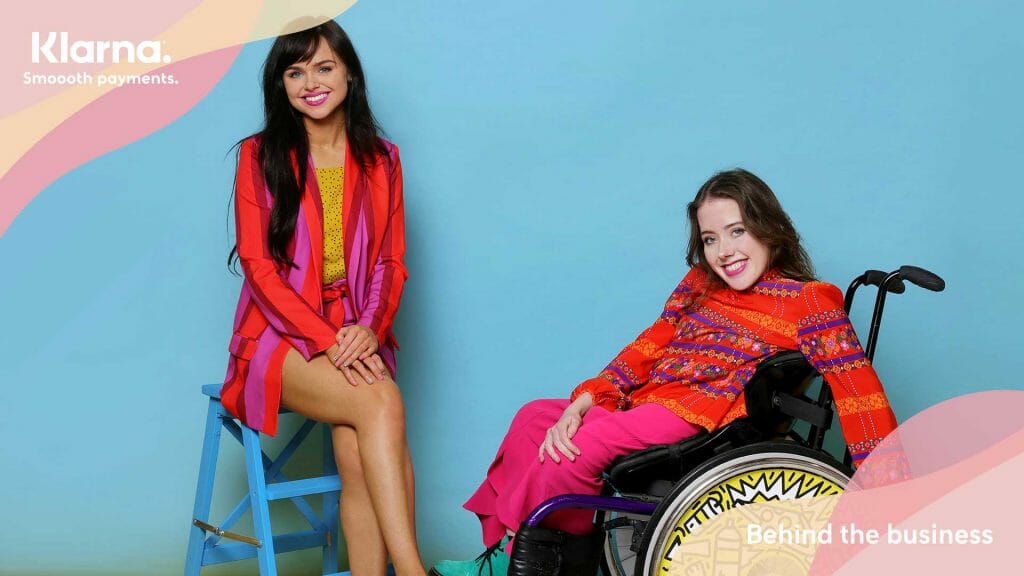 Viral Success Turned the Gift to Her Sister into an E-Commerce Business. 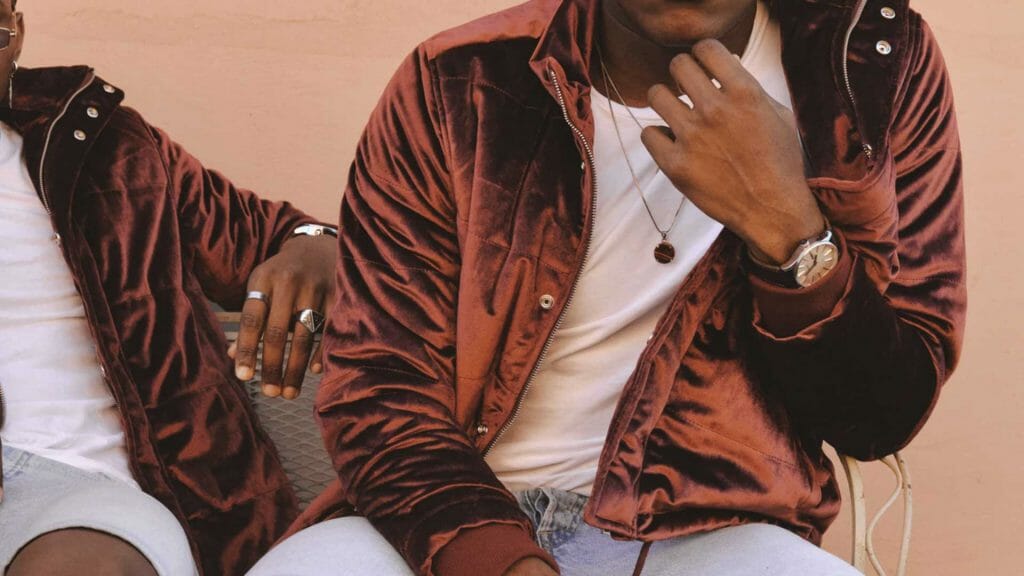